This sample Dutch Anthropology Essay is published for informational purposes only. Free essays and research papers, are not written by our writers, they are contributed by users, so we are not responsible for the content of this free sample paper. If you want to buy a high quality essay at affordable price please use our custom essay writing service.

Dutch cultural anthropology began in colonial Netherlands East Indies, where senior colonial officers of the nineteenth century realized the advantages of recording languages and customs of the indigenous population for their administrative purposes. Chairs were established at Leiden in 1877 and at Amsterdam in 1907, and the incumbents, though at first evolutionist in persuasion, promoted a long association between colonial administration and ethnographic research. The structuralist tradition, which many outside Holland still regard as the essence of Dutch anthropology, took hold in the 1920s and especially the 1930s, and was led by the work of F.A.E. van Wouden, G.W. Locher, and especially J.P.B. de Josselin de Jong and later his nephew P.E. de Josselin de Jong, among others. Early writings in the tradition were mainly in Dutch, but English translations of the classic texts are included in two important collections (Josselin de Jong 1977; 1984). 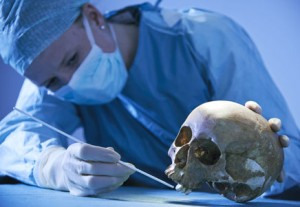 Each is defined by a set of common features known as its ‘structural core’. These might include, e.g., patrilineal descent, the circulating connubium and hypogamy in the case of the Malay Archipelago, which is the classic example of a field of ethnological study. Each distinct culture within such a ‘field’ will have differences, but such differences can be accounted for with the larger structural pattern. The motto of Dutch structuralism, like that of the Indonesian nation-state which grew from the same cultural source, might well be taken as ‘Unity in Diversity’. This perspective owes much to studies in Indonesian languages, and the idea of culture having structures analogous to language has been much a part of the tradition, which has parallels not only with French structuralism but also with American cognitive anthropology.

In recent decades the structuralist tradition in the Netherlands has been in decline, and trans-actionalist, Marxist, applied and development anthropology have all been prominent, as has an interest in postcolonial studies. In some universities development anthropology is more-or-less equated with the idea of ‘sociology of non-Western societies’, and includes studies of policy issues, health and nutrition, agricultural systems and even ethnoscience — the last being an area of overlap between the structuralist and non-Western sociology traditions. Because of the centralized and bureaucratic nature of the Dutch university system, both regional and theoretical interests are concentrated in different departments according to agreed guidelines drawn up between the departments on a national level.