History has its uses, and no more so than in defining a discipline like anthropology. Stressing continuity in discontinuity can legitimate current practice; emphasizing discontinuity can assist in making current unorthodoxy orthodox; resurrecting neglected ancestors can establish fresh genealogical links and diminish the status of ancestor figures. In accounts of the discipline’s history such approaches which interpret the relevance of the past only in terms of present-day concerns are referred to as ‘presentist’. They are often employed by anthropologists when they write or teach on the history of their discipline. Approaches which attempt to apply historical methods and to place anthropology’s past in its wider contingent context are called ‘historicist’ (Stocking 1968).

Although anthropology was established as a subject only in the nineteenth century, the study of humankind has a greater antiquity. However, reflection on anthropology’s past really only began in the early years of the twentieth century as the subject began to acquire academic status. In Britain Haddon’s brief survey (1910) stressed the continuity and unity of anthropology, detailing its steady development from the writers of classical antiquity through to the present. The academic development of the discipline also encouraged individuals to reflect upon the discontinuities inherent in their past. This assisted them to differentiate their ideas and methods from those of earlier writers and to legitimate their current position in relation to competing academic approaches. Thus accounts of the history of the discipline were made to serve presentist aims. This approach can be clearly seen in the writings of Boas and his followers in American anthropology, who attempted to distance themselves from the evolutionary ideas and methods of earlier American anthropologists. Internal differences among the Boasians and differences between American and European traditions were also discussed in historical terms. This approach is most clearly articulated by Lowie, but is also apparent in the writings of Radin and Kroeber.

After 1960, as the unity of British social anthropology declined, some second-generation anthropologists wrote accounts of anthropology’s past to assert their own ideas and identities. Evans-Pritchard, for example, charted a personal intellectual biography, relegating the founding fathers to footnotes and locating the origins of the discipline not in the nineteenth century but in the writings of eighteenth-century Enlightenment Scots and English moral philosophers. Others resurrected past anthropologists to strengthen their own position, hoping to legitimate their current views by rediscovering and reasserting what they claimed were lost traditions. The postcolonial situation generated an initial flurry of critiques of social anthropology’s links with imperialism and colonialism, invoking defensive responses by anthropologists who had worked in colonial societies for colonial governments.

The emergence since 1945 of a number of distinctive and often competing approaches to anthropology in North America has generated a number of histories also aimed at legitimating particular approaches. Most notable among these is that by Marvin Harris, the most sustained attempt to date at a presentist history of anthropology. Harris attacked a wide range of ideas and approaches often with polemical insight, but his ultimate aim was to enhance his own cultural materialist approach to anthropology by dismissing most others. 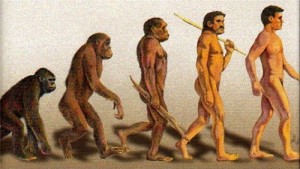 Directly and indirectly, presentist approaches have been challenged from both within and outside anthropology by more historicist approaches, often utilizing a wide range of published and archival sources. Some early historicist accounts (Hodgen 1936) were written from outside the discipline but were neglected by most anthropologists. Hallowell, writing from within the discipline, made an initial plea for an historicist approach. In Britain one intellectual historian placed nineteenth-century anthropological interest in the origin and evolution of society in the development of philosophical reflection on human society (Burrow 1966). More recently, Bowler (1989) situated nineteenth-century anthropological ideas in the context of the development of evolutionary ideas in Victorian science. Urry (1993) applied an historicist approach to the formation of British institutional and academic anthropology in the late nineteenth and early twentieth century.

But it has been the American historian George Stocking, trained in the history of science and using an historicist approach, who has had the major impact on the study of the history of both British and American anthropology. Stocking’s original research was on the issue of race in American social science, but his major early publications deal with Franz Boas and the development of American cultural anthropology. Later research, tracing the development of British anthropology – from its ethnological foundations before 1840, through evolutionism to the emergence of social anthropology in the twentieth century – has resulted in numerous articles and a major study of nineteenth century anthropology (1987). Closely connected with anthropology and anthropologists, Stocking writes with the privileged eye of an insider/ outsider. While maintaining an emphasis on historicism, he has increasingly come to see the value in certain contexts of presentist approaches. He has also applied new approaches to the interpretation of anthropology’s past (1992).

As well as publishing widely on the subject, Stocking has also acted as a major promoter of research on the history of anthropology, most notably through his History of Anthropology Newsletter (HAN) and by editing essays on specific topics in the series ‘History of Anthropology’ published by the University of Wisconsin Press. In this work Stocking has encouraged both anthropologists and non-anthropologist historians to research and write on the history of the discipline, opening a new field of enquiry and setting new standards of scholarship.

Recent research and writing on the history of the discipline, apart from leaning towards either presentism or historicism, has concentrated on three areas: intellectual history (ideas and methods), the history of institutions (museums, learned societies, research institutes, universities) and the careers of particular individuals, their schools and followers often through the use of biography and autobiography. These areas are far from exclusive, but reflect major emphases in research and writing.

Historicists, including professional historians, have made major contributions to biographical studies and published collections of texts. But most have concentrated more on accounts of anthropological institutions and relate these to the persons and ideas involved as well as to the broader social and intellectual contexts in which the discipline has developed (see Hinsley 1981 on the Smithsonian Institution and many of Stocking’s essays on British and American anthropology). While outsiders often possess superior historical research skills to anthropologists, some reveal an inadequate understanding of anthropological ideas and their context, as some recent accounts of British anthropology clearly illustrate.

In the 1980s, the influence of Michel Foucault, mediated through Said’s polemic on Orientalism, shifted some historical concerns into the fashionable mainstream of anthropology. Intellectual historians of a broadly postmodern persuasion like James Clifford and Donna Haraway (whose writings on the history of biological anthropology are probably more widely read by social and cultural anthropologists) reworked anthropology’s past, either in search of unacknowledged intellectual precursors or in order to argue the case that disciplinary concerns are inextricably linked to the issues of gender, colonialism and power.

Currently a number of anthropologists and historians have written or are writing research theses in the field and there are regular conferences and sessions at anthropological meetings devoted to the history of the discipline (see regular reports in HAN ). The history of local traditions in research, ethnographic writing and institutional developments are also being rediscovered in many countries. In Central and Eastern Europe, Asia and Latin America these often involve the linking of older ethnological, material culture and folklore studies to current research in social and cultural anthropology.

Kemper and Phinney (1977) provide a good review of the published literature to the mid-1970s and this can be supplemented by HAN, which publishes bibliographies of current published literature. The Newsletter also has regular accounts of archival collections, work in progress and other news relevant to those studying the history of the discipline. In France the journal Gradhiva is devoted to the history of (mostly francophone) anthropology.

Some established learned societies, such as the Royal Anthropological Institute, maintain archives and like collections in universities, scholarly libraries and museums. These often contain not only institutional material, but also the private papers and correspondence of significant figures in the development of the discipline. Important collections include the Haddon Papers at Cambridge University, the Malinowski papers at the London School of Economics and Yale University, the Boas papers at the American Philosophical Society and the Margaret Mead papers at the Library of Congress and the Institute for Intercultural Studies in New York. The Melanesian Archive at the University of California, San Diego, provides a basis for a regional collection helpful in research and writing on the discipline and in ethnographic studies. At present there is no overall listing of archives on the history of the discipline, but details on many individual collections can be found in HAN.