This sample Internet Essay is published for informational purposes only. Free essays and research papers, are not written by our writers, they are contributed by users, so we are not responsible for the content of this free sample paper. If you want to buy a high quality essay at affordable price please use our custom essay writing service.

The Internet is a global network of interconnected computer hardware and software systems, making possible the storage, retrieval, circulation, and processing of information and communication across time and space. A sociological account encompasses the constituent Internet technologies and attends to these as social phenomena. It also includes the information and other content which is produced, transmitted, and received by individuals and organizations using the Internet. Finally, a sociological account of the Internet includes the socially and historically structured contexts and processes in which the production, transmission, and reception of information and communication are embedded.

The Internet deserves the attention of sociologists for three major reasons. First, the Internet facilitates a reorganization of information and social relationships across time and space. Second, in investigating and understanding the complex subject matter of sociology, the Internet is an important tool for collecting data and for accessing information relevant to such an endeavor. Third, the Internet deserves the attention of sociologists because it expands the opportunities for circulating research findings and for supporting critical reflection, learning, and debate. However, in staking out the relevance of the Internet for sociology, we need to be aware that as a social phenomenon, it is an expression of the radical interconnection of people, organizations, different sectors of society, and the problems that we take up for study. In this way, studying the Internet involves shifts and linkages to perspectives that might traditionally have been considered to lie beyond the disciplinary boundaries of sociology. A comprehensive understanding of the Internet can only be developed jointly, from a multidisciplinary approach.

Fundamental to a sociological account of the Internet is that its development and use are not accidental to a set of complex and contradictory changes that are taking place in our world today. As such, the Internet is in the midst of some of our most severe and exciting challenges. The world we live in is becoming increasingly globalized. As a global communication network, the Internet is transforming the complex relationships between local activities and interaction across distance. The world we live in confronts us with new opportunities and dilemmas as the certainties afforded by tradition, authority, and nature no longer direct our lives in the way that they once did. Internet use radicalizes this process by placing ”horizontal forms of communications center stage, by allowing the questioning and blurring over of authority, and by allowing the reordering and expansion of the built environment. The world we live in is increasingly reflexive and saturated with information. As a technology of communication, the Internet transforms our information environments by facilitating global attentiveness, visibility, and questioning. Moreover, as a technology of communication, the Internet does not simply impact on this set of complex and contradictory changes; it contributes to the construction, mediation, and disclosure of what these transformations are.

This sample Internet Essay is published for informational purposes only. Free essays and research papers, are not written by our writers, they are contributed by users, so we are not responsible for the content of this free sample paper. If you want to buy a high quality essay at affordable price please use our custom essay writing services.

The Internet is a network of computer networks. In that sense, even though the content provided can often be similar to that offered by radio or television networks, a more appropriate structural analogy should probably be to telephone or telegraph networks. The Internet, telephone, and telegraph networks all originated as electronic means of communicating in a point-to-point context. In relation to content, as well, early experiments with the telephone (in the 1880s and 1890s) connected performers and audiences in multiple locations and varied content, such as sports contests, musical programs, and vaudeville shows, and provided a kind of conceptual forerunner for what was to come with radio, television, and the Internet.

The Internet, though, owes its existence to developments in computers and communication between computers. The US military developed a number of precursors to the Internet, the best known of which is ARPANET. ARPANET use was restricted to military and scientific personnel. The National Science Foundation (NSF) originally provided administrative oversight of the Internet, but in 1995, the NSF ceased its administration of the Internet, and commercial use was permitted. The world wide web (WWW), developed by Tim Berners-Lee, soon replaced file transfer protocol as the most common application used on the Internet. The WWW is a program that allows the use of multimedia – graphics, audio, and video. As a result, the WWW offered a much more intuitive sense of being in a particular location, and of navigating from one site to another. By 2000, 80 percent of all traffic on the Internet came through the WWW. 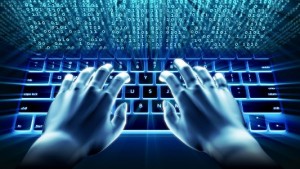 Today, Internet content is as diverse as those who use it. In broad categories, some of the more popular uses of the Internet are telecommuting (working at a distance from an office but using a computer and the Internet to perform one’s job), electronic commerce (advertising, buying, selling, and even distributing via the Internet), customer service, electronic mail (email), news reports, file sharing, TV and motion picture distribution directly to homes, online chat, friendship sites (such as MySpace), dating services, weblogs or blogs, online auctions, and video submission sites, such as YouTube.

Studying Internet content presents some of the same challenges as studying media content, except that some of the issues are exaggerated. As is typical in studying the media, the content that is most relevant for study is the content that is seen, heard, or read by an audience. In the pre-cable days of television, virtually any program offered by major networks would attract millions of viewers, so nearly all broadcast content was relevant for sampling. With the Internet, the content has to be found, and a decision needs to be made about how relevant the website is to the purposes of the study, regardless of how relevant the content of the website may be. That is, if no one visits the site, there is not much reason to study the content, even if it does exist (see McMillan 2000).

A couple of issues make studying Internet content a particular challenge over traditional media. One of these issues is a sampling limitation due to the size of the Internet and the commercial software used to search it. There are so many different websites that search engines have to be employed to find particular kinds of content, and these only pick up a certain portion of the websites that might be available. Although search engines existed even before the commercialization of the Internet, advertisers and content providers have helped make search engines the most heavily used sites on the Internet (Hargittai 2007). Google and Yahoo! are the two most popular search engines as of this writing (2007). Because of the volume of traffic, search terms can be tracked and plotted over time, and most search engines today offer the opportunity to see the most popular searches. Google Trends, for example, provides a ranking of the top 100 search terms over the previous 24 hours. Typically, as one might expect, given the fairly short time frame, the most popular searches are related to current news events (especially entertainment-related news) and are a reflection of people trying to learn more about a certain topic.

Inevitably, the most popular search terms tend to be names from the entertainment or political world following a death, arrest, or scandal of some sort. However, even lists of search terms do not necessarily reflect what people are actually searching for, or what they actually visit. Due to links within sites, a particular searcher may find links that are not exactly what they are looking for, but one of those sites may have further links that are more relevant. In this way, a search term was able to help the person move to a site that linked to a site holding relevant content, but the search term was not an accurate description of what the person was looking for. In addition, because results are ranked based on a number of factors, results are not necessarily in order of most relevant to a user’s query. Other considerations are that some websites are built with popular keywords embedded within them, some search engines accept payment for placement of results, and some provide special slots to those willing to pay for them, so that searchers may not visit the most relevant sites, but instead visit those with the greatest financial means.

A second biasing factor is that the Internet changes drastically each day. The things that make it most interesting – speed and currency – also make it extremely difficult to study in any way that generalizes beyond a particular day’s results. Under such conditions, studies of Internet content can quickly lose relevance. Since much of the material available on the Internet has been made available by a person, rather than an organization, it can disappear without a trace. Some organizations have attempted to gather a historical archive (e.g., the Internet Archive’s “Wayback Machine”), but, in addition to the monumental task and storage problems, there are some legal issues involved and it is not certain how they will be resolved.

To combat such sampling problems, most studies of Internet content focus on particular types of content: political blogs, online computer games, online newspapers, etc., and a particular time frame for that content (e.g., the 2004 US presidential election). Many of those studies examining news or political content compare online content to similar content in more traditional media (e.g., Bichard 2006; Hoffman 2006), but because the Internet is quite different from traditional media in how it is used, the content tends not to be directly comparable. Other studies take traditional research concerns and apply them to Internet content (e.g., Cho & Cheon 2005; Jha 2007). Studies of blogs, for instance, do not really have a counterpart in traditional media. Opinion pieces in a newspaper might be considered similar, but they are printed only after following particular editorial policies, and are surrounded by the credibility of a newspaper. A blog does not have either of these aspects. One could consider that whatever was visited before the blog is “next to” it in perception, but no guiding editorial policy or human editor has had a hand in deciding whether it should be made available to the public. In light of these kinds of issues, Reese et al. (2007) studied relationships between blogs and “professional” news media to examine the place of blogs in the news and information landscape.