This sample Deviance Essay is published for informational purposes only. Free essays and research papers, are not written by our writers, they are contributed by users, so we are not responsible for the content of this free sample paper. If you want to buy a high quality essay at affordable price please use our custom essay writing service.

Sociologists define deviance as the violation of a social norm which is likely to result in condemnation or punishment for the violator. Most sociologists who teach a course on deviance divide the field into two distinctly different perspectives: explanatory or positivistic theories, and constructionist approaches. Explanatory theories regard deviance as ”objectively given,” that is, a syndrome-like entity with more or less clear-cut, identifiable properties whose causal etiology can be discovered and explicated by the social scientist. In contrast, the constructionist approach sees deviance as ”subjectively problematic,” that is, ”in the eye of the beholder,” and takes as its primary task an understanding of how judgments of deviance are put together, applied, and with what consequences. Each perspective has its own mission, agenda, enterprise, and methodology. Though these two approaches define deviance in superficially similar ways, their definitions point to divergent universes of meaning. The enterprises in which these perspectives are engaged are linked only by the objectively similar nature of their subject matter; conceptually and theoretically, they are worlds apart.

The majority of sociologists of deviance are constructionists: they argue that their mission is to understand how deviance is created or defined subjectively and culturally. They argue that the dynamics and consequences of the social construction of deviance constitute what’s most important about the concept rather than its objectivistic or essentialistic reality or its causal origin. The proponents of constructionism tend to adopt symbolic interactionism as their theoretical inspiration, use participant observation as their principal methodology, and typically focus on ”soft” or low-consensus deviance — that is, acts that may or may not be crimes, but if they are, stand a low likelihood of arrest and incarceration, behavior that tends to be punished predominantly through the mechanism of informal social control. Constructionism seeks to shift the focus of deviance researchers away from the objective nature and causes of deviant behavior per se to the processes by which phenomena and persons come to be defined as deviant.

To the constructionist, the deviance concept is defined or constituted by particular reactions from observers or ”audiences,” real or potential, inferred as a result of what persons do or say when they discuss or discover something they regard as reprehensible. In other words, it is a ”definition in use.” According to this definition, deviance is implicit in all social interaction; one does not have to name it to see it in action. And the reactions that constitute deviance are universal, trans-historical and trans-cultural; they are found everywhere humans congregate. Hence, the fact that laypeople do not use the term ”deviance” says nothing about its sociological purchase. Deviance is a fundamental sociological process, as essential to human existence as identity, social structure, status, and culture. All human collectivities establish and enforce norms; in all collectivities, these norms are violated; as a consequence, the enforcement of norms (”social control”) constitutes the life-blood of all social life.

All sociological definitions of deviance regard the reactions of specific, identifiable audiences or onlookers, bystanders, evaluators — any and all cognate social collectivities — as the central, defining feature of deviance. The issue of audiences addresses the question, ”Deviant to whom?” The ”to whom?” question indicates that definitions of what constitutes a normative violation vary from one collectivity to another. Audiences need not literally witness the violation in question; they may be told about it or they may be potential audiences whose reactions may be inferred from their ongoing talk and values, that is, stated beliefs and attitudes.

To the constructionist, persons violate norms not only by engaging in certain forms of behavior but also by holding unacceptable attitudes or beliefs and possessing undesirable characteristics; attitudes, behavior, and characteristics constitute the ”ABCs” of deviance (Adler and Adler 2003: 8). In addition, in certain collectivities, the presence of a ”tribal” outsider, that is, one who possesses what is considered in those circles an ”unacceptable” or ”inappropriate” racial, or national background, or religious membership, will elicit hostile or other negative reactions (Goffman 1963: 4). Constructionist sociologists also study false accusations of deviance, since that generates condemnation, a defining element in their definition of deviance (Becker 1963: 20). The fact that the person who elicits negative reactions is not ”at fault” or ”to blame” is irrelevant to a sociological definition of deviance. The fact is, people can be, and are, punished for entirely involuntary — or nonexistent — normative violations, over which they had no control or choice.

To the advocates of the constructionist approach, social control is the core of any sociological understanding of deviance. Social control is defined as any and all efforts to ensure conformity to a norm. Humans are irrepressible; all of us have a tendency to violate some norms. To engage in normative violations is tempting both because such violations usually more surely than conformity obtain for us what we value, and because many of the things we have been told that we can’t have are intrinsically rewarding. Hence, efforts to ensure conformity to the norms may be found in all collectivities, both historically and trans-societally. These include positive efforts such as rewards, and negative efforts such as punishment; formal efforts such as arrest, and informal efforts such as an insult or a slap in the face; and internal efforts, through the process of socialization, as well as external ones, such as censuring someone for engaging in a non-normative act. Hence, while the state plays a major role in social control, it is only one of a wide range of agents dedicated to ensuring conformity. The many faces of social control represent the flip side of deviance; social control is an effort to deal with and suppress normative violations, as well as encourage by rewarding normative conformity. And it is the many efforts of social control that define and constitute deviance.

Nearly all constructionist definitions of deviance and social control include the component of power. Collectivities that control more of society’s resources tend to have relatively more power to influence deviance-defining social institutions, including the law and its enforcement. Members of relatively low-status collectivities are more likely to find their behavior, beliefs, and traits defined and reacted to as deviant than those who have higher status and more power. Collectivities that have more power tend to have more influence on, in addition to the law, the content of the media as well as the educational, religious, and political institutions all of which, in turn, influence definitions of right and wrong and hence, what’s considered deviant. Power over subordinate collectivities does not, however, ensure their conformity or agreement among members of those collectivities that dominant definitions of right and wrong are just or righteous. As we saw, humans are rebellious and irrepressible; smaller, non-mainstream collectivities everywhere construct their own rules of right and wrong, independent of those of the most powerful strata of society. In all societies, the dominant institutions, regardless of how hegemonic they may seem, are incapable of intruding into each and every aspect of the lives of all human collectivities and groups within their scope. Still, power is a factor in the social construction of norms — and hence, in defining what’s deviant.

This sample Deviance Essay is published for informational and educational purposes only. Free essays and research papers, are not written by our writers, they are contributed by users, so we are not responsible for the content of this free sample paper. If you want to buy a high quality essay at affordable price please use our custom essay writing service.

The study of deviance is based on two different points of view. The first has viewed deviance as an exceptional, but consistent, variation from statistical norms. In other words consistent performance, behavior, or cognition, which is an unusual occurrence in relation to the overall population, is considered deviant. This definition has been prominently used in the psychological study of deviance. 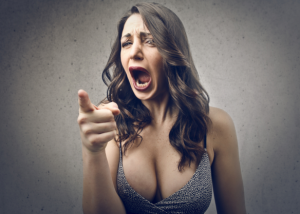 Deviance has been the thrust of major aspects of personality theory, clinical psychology, and social psychology. The study of deviance can be classified into four major positions. The first posits that deviance is a function of internal factors. Deviance is seen as differences among individuals. The individual differences point of view suggests that individuals or groups of individuals possessing certain levels of characteristics are more likely to become deviant. Individual differences are further posited to be causally related to deviance.

A second major explanation of deviance posits social structural differences as major precursors. Officially codified forms of deviance tend to be disproportionately represented among the lower socioeconomic strata in our society. From a social structural point of view, it is suggested that differential access to legitimate opportunity, differential access to illegitimate opportunity, and alienation or enmity tend to be the critical ingredients causing deviance. From this point of view, deviance has both individual components that are a result of differential social structures, and environmental aspects.

A third major explanation of deviance takes an interactionist point of view. Formally entitled labeling theory, deviance is created by the reaction of critical individuals to a given act. Psychological disturbance, criminality, and underachievement are both formally and informally labeled as deviant. From the labeling perspective deviance is clearly an interaction between individual performances and society’s reactions to those performances.