This sample Peace Essay is published for informational and educational purposes only. Free essays and research papers, are not written by our writers, they are contributed by users, so we are not responsible for the content of this free sample paper. If you want to buy a high quality essay at affordable price please use our custom essay writing service.

Peace is a transversal concept with a long history of theorization. It is perceived as a plurality and regarded as a state, a process, a value, or an aim associated to the absence of violence and the satisfaction of human needs.

As early as in the Roman time, pax was interpreted as absentia bellum (absence of violence) through order and unity based on the power of the center. This conception was to be reconsidered by the theological system that dominated Europe from the end of the Roman Empire until mid-seventeenth century. Peace—as conveyed by Pierre Dubois, Dante Alighieri, and Pope Gregory VII—was to be attained through a “Christian empire” with no necessary separation between temporal and spiritual power. This was related to the pax ecumenical or pax ecclesiae of the Christian commonwealth, outlined in Augustine’s De Civitas Dei. It was also during Christian political dominance that the idea of just war flourished. First developed by Aristotle, and further conceptualized by Augustine, Thomas Aquinas, and Francisco Suarez, the doctrine determined whether a war could be justified from a moral standpoint. 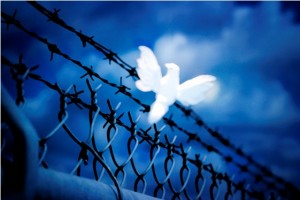 The Christian vision of peace was shaken during the Renaissance and Reformation. The most enlightened representatives of this era, Erasmus Rotterdamus, Thomas Munzer, Sebastian Franck, Cruce and Grotius, initiated the idea that peace is more than lack of war; it means the improvement of life and the achievement of social justice, freedom, and equality. These ideas paved the way to an unparalleled debate, during Enlightenment, over the concept and the attainability of peace. William Penn’s “An Essay Towards the Present and Future Peace of Europe” (1692), Saint-Pierre’s “Project for Setting an Everlasting Peace in Europe” (1713), Jean-Jacques Rousseau’s “A Project of Perpetual Peace” (1761), Jeremy Bentham’s “A Plan for an Universal and Perpetual Peace” (1786), along with Immanuel Kant’s “Perpetual Peace” (1795), tailored a new trend toward creating a global federation based upon the national independence and sovereignty of states. This has led some authors to assert that it was during the Enlightenment that peace was “invented.” Although visionaries throughout history have aspired for peace, “it has been regarded by political leaders as a practicable or indeed desirable goal only during the past two hundred years” (Howard, 2).

The outbreak of two World Wars dominated the nineteenth century and the first half of the twentieth century. The peace projects during this period were developed on distinct political ideologies. Whereas Marxists made peace contingent on social reorganization, liberals urged for democracy and free market economy. Also in the twentieth century, Gandhi articulated a vision of peace in which justice is an inherent and necessary aspect. The American civil rights movement later extended this idea.

Outside the Western sphere, peace has been regarded somewhat differently. In the Hindu tradition, the word shanti is understood as a well-ordered state of mind. In the tradition of Buddhism, a step forward is taken from ahimsa (noninjury to all living beings) to an interpretation in terms of compassion, good works, and reconciliation. Similarly, the Confucian doctrine directed the attention inwards; it was unconcerned with the outside world and peace was associated to the inner state of mind and the inculcation of personal virtue in the individual. Finally, the Japanese concept of heiwa (and its parallel, wahei) has a double meaning that implies adaptation to a social order, both in social action and in state of mind. In the Japanese tradition, social order has a nationalistic and pyramidal connotation.

Despite its centrality, it is only in the twentieth century that peace received the trappings of a scientific framework, based upon empirical and theoretical assumptions. In the beginning of the century, political scientists such as Theo Lentz, Quincy Wright, Lewis Richardson, and Pitirim Sorokin contributed heavily with new theories of war and peace.

Following the original work of these authors, peace research was further developed in the United States, and primarily in Scandinavia. In the United States, Kenneth Boulding accompanied by Anatol Rapoport, Herbert Kelman, and Robert Angell, created the Journal of Conflict Resolution in 1957, and subsequently founded the Center for Research on Conflict Resolution in Michigan in 1959. In Scandinavia, Johan Galtung, a mathematician and sociologist, founded the Oslo International Peace Research Institute in 1959 and the Journal of Peace Research in 1964, which was followed by the 1966 establishment of the Stockholm International Peace Research Institute.

Peace research embraces a wide range of issues and its borders are constantly expanding. This wide embrace, which could be a symptom of lack of cohesiveness and theoretical solidity, is, in fact, quite the opposite. It is a notable indicator of the fruitfulness, importance, and richness of the discipline and the progress occurring.

From a methodological point of view, peace research is approached both from a quantitative and qualitative point of view. Databases such as the Uppsala Conflict Data Program, International Crisis Behavior Project, and the Correlates of War are well-established quantitative sources in the study of peace and conflict.

Despite the kaleidoscopic nature of peace, some aspects are generally accepted as key demarcations. First, peace can be seen as having a both passive and active component. As early as during the Roman Empire, peace was conceived as absence of direct violence, or negative peace; it had a passive component, in the sense that peace’s existence was contingent on the nonexistence of something else. During the Renaissance, violence was not only related to the infliction of physical harm but also encompassed a structural component. In this context, peace and social well-being could only be attained with positive peace, occurring when the forces that administered economic, political, and social injury were successfully transformed. More recently, peace is gradually surpassing its initial passive component. Beyond a state that is achieved when violence (direct and structural) is no longer inflicted, peace is increasingly gaining an active orientation and a life of its own. Peace can therefore be interpreted as enabling—as making something happening. By being at peace, one is bestowed with the capacity to amplify and project well-being.

A second key demarcation of peace is that it is positively value loaded. To be at peace or to feel secure is, indeed, considered positive, a state that individuals aspire to attain—something that most authors regard as “good.” During the Greek era, philosophers characterized peace as “the greatest good.” The categorical favorability of peace is so tangible that resorting to violence, when not promptly criticized, is generally acceptable only on the condition that it would serve as a means to ultimately attain peace. Within peace studies, this leaned on the positivity of peace with the idea of positive peace entering the political discourse, enriching a narrow concept with material prosperity, humanism, democracy, and social justice. This has roots in the seventeenth century, as Thomas Hobbes posited that in a world without peace and security, life would be “solitary, poor, nasty, brutish, and short.”

A third distinguishing characteristic of peace is that it is a derivative concept—meaningless in itself. To have any meaning, peace necessarily presupposes something to be in peace; as a realm of study, it cannot be self-referential. Moreover, although it is used to characterize an object, peace reflects a relationship between at least two objects. In a globalized world where processes and agents are tightly interconnected, to be at peace presupposes that violence (physical or structural) would not be inflicted on “the other.” To Galtung, this relational ingredient of peace is fundamental. According to Galtung, in the West, peace is seen as “something pertaining to relations within the in-group, and war is something referring to relations between in-group and out-group” (184). This possibly derives from the Greek concept of eirene, which reflects and may be translated by “in-group harmony.”