This sample Philosophy of History Essay is published for informational and educational purposes only. Free essays and research papers, are not written by our writers, they are contributed by users, so we are not responsible for the content of this free sample paper. If you want to buy a high quality essay at affordable price please use our custom essay writing service.

Philosophy of history is the application of philosophical conceptions and analysis to history in both senses, the study of the past and the past itself. Like most branches of philosophy its intellectual origins are cloudy, but they lie in a refinement of ‘sacred’ histories, especially those of Judaism and Christianity. The first major philosopher to outline a scheme of world history was Immanuel Kant in The Idea of a Universal History from a Cosmopolitan Point of View (1784), and German idealism also produced Hegel’s Lectures on the Philosophy of World History (1837), a much longer and more ambitious attempt to make philosophical sense of the history of the world as a whole. According to Hegel, history is rational, the working out, in fact, of philosophical understanding itself. 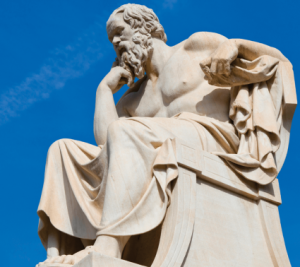 The accelerating success of natural science in the nineteenth century gave rise to a powerful combination of empiricism and logical positivism which produced a philosophical climate highly unfavorable to Hegelian philosophy of history. The belief became widespread among philosophers that Hegel, and Marx after him, had developed a priori theories that ignored historical contingency in favor of historical necessity, and which were empirically unfalsifiable. Karl Popper’s philosophy of science was especially influential in converting philosophy of history to a new concern with the methods of historical study rather than with the shape of the past. Two rival conceptions of historical method existed. One tried to model explanation in history on what they took to be the form of explanation in science, and argued for the existence of ‘covering laws’ by which historians connect the events they seek to explain. The other argued for a distinctive form of explanation in history, whose object was the meaning of human action and whose structure was narrative rather than deductive.

Neither side in this debate was able to claim a convincing victory, with the result that philosophers gradually lost interest in history and began to concern themselves more generally with the nature of human action. This interest, combined with a revival of nineteenth-century German hermeneutics, the study of texts in their social and cultural milieu, in turn revived interest among analytical philosophers in the writings of Hegel and Nietzsche. The impact of continental influences in philosophy, art criticism and social theory was considerable, and reintroduced a historical dimension that had been largely absent from twentieth-century analytical philosophy. In particular, the formation of fundamental philosophical ideas began to be studied as a historical process. The Enlightenment came to be seen as a crucial period in the development of philosophy, and of modernity more generally, and with this understanding came the belief that the contemporary Western world is postmodern. In this way, social theory and the philosophy of culture in fact returned, albeit unawares, to the ‘grand narrative’ tradition in philosophy of history.