This sample Logic Essay is published for informational and educational purposes only. Free essays and research papers, are not written by our writers, they are contributed by users, so we are not responsible for the content of this free sample paper. If you want to buy a high quality essay at affordable price please use our custom essay writing service.

The Impact of Modal Logic

In the broad area of mathematical logic, the biggest philosophical punch is packed by modal logic, including tense logic. Modal logic has been important since Aristotle but has only been put on a rigorous footing in the second half of the twentieth century, by such figures as Hintikka, Kanger, Prior, and most especially Kripke. The most important philosophical outgrowth of this mathematical work is contained in Kripke’s three lectures from January 1970 published as ‘Naming and Necessity’, in which Kripke draws out some ways in which possible worlds semantics is in tension with then-prevailing orthodoxies in the philosophy of language and mind. Some of Kripke’s views have become new orthodoxies since. 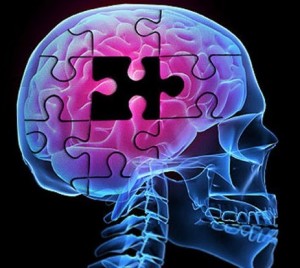 To give some flavor of developments here, consider the familiar Fregean view that the relation of reference which holds between a name and its bearer is sustained by the relation of presentation which holds between the sense of the name and the bearer of the name: the name refers to such-and-such an object precisely because it expresses a sense which presents that object. When pressed for an explanation of what the senses of names are like, the natural Fregean response is to specify them, as Frege himself did in some cases, using definite descriptions. So, for instance, the sense of the name ‘Aristotle’ might be ‘the pupil of Plato who taught Alexander’. However, though it may well in fact have been Aristotle who taught Alexander, there are many ways things might have gone (many ‘possible worlds’) in which someone other than Aristotle is taught by Plato and teaches Alexander: suppose Aristotle had got the appointment but been killed in an accident before he could take it up, and had been replaced at Philip’s insistence by another pupil of Plato. The description ‘the pupil of Plato who taught Alexander’ is therefore ‘non-rigid’, in Kripke’s terminology. That is, it can pick out different individuals in different possible worlds, and in some worlds may pick out no one (Philip for some reason comes to distrust Platonic pedagogy and fails to conduct an equal opportunity search). But it is clear from the formal semantics for modal logic that there is conceptual ‘room’ for a category of expression which is ‘rigid’, in the sense that it picks out the same object in every possible world, or at least in every possible world where it picks out any object at all. So the formal semantics prompts the question whether names in natural language behave as if their reference is determined by a sense which presents different individuals at different worlds, or whether they behave as if they are rigid designators. With a series of brilliant examples Kripke demonstrates that names are rigid designators and therefore do not express reference-determining senses which are non-rigid.

The idea that a formal semantics for a kind of logic provides an account of a possible semantics for a category of natural-language expression, opening the door to debate on whether it is the right account or not, also captures some of the philosophical bearing of kinds of logic other than modal logic. Thus free logic shows how name-like expressions can function without standard existential commitment; intuitionistic logic and many-valued logic show how a language can have a compositional semantics even if its sentences are not used to make statements with verification-transcendent truth-conditions which always either obtain or fail to obtain. And second-order logic offers a particular way of understanding the semantic import of a range of puzzling locutions, such as plural quantifiers. In all these cases the formal semantics for the logical system prompts debates about how well the semantics carries over to natural language.

When a formal semantics for a system of logic is applied to a fragment of natural language, a very precise account of the literal content of sentences in that fragment is given. But there may be aspects of the meanings of those sentences which are omitted. Philosophical views may then divide over whether the formal semantics has been shown to be wanting as an account of the semantics of the fragment, or whether instead the aspects of meaning not captured have been shown not to belong to literal content. In the case of indicative conditionals, for instance, the formal semantics that is relevant is the simplest possible kind, namely, the truth-functional account of ‘if . . . then . . .’. According to this account, ‘If p then q’ is true if p is false or if q is true, regardless of the actual meanings of p and q. So in particular, any indicative conditional with a true consequent is true; examples would include ‘If lead floats in water then lead sinks in water’ and ‘If the solar system has nine planets then the Conservative Party lost the British elections in 1997’. Barring an astrological justification of the latter, both these conditionals look decidedly odd. But oddness is one thing, falsity another. The idea that such conditionals are false is based on the thought that if a conditional is true, then in establishing it in the most direct manner, non-redundant use has to be made of the antecedent. Spelling this out leads to relevance logic. On the other hand, if we say the conditionals are merely odd, we are led to some theory of communication to explain the oddness.

But we should not take away the impression that the traffic is all one way, from logic to language or from pure mathematics to pure philosophy. There is a two-way street here, with the above comments on conditionals representing a common phenomenon; that of a concern in the philosophy of language giving rise to a formal development which in turn feeds back into philosophy. For example, the idea that for a conditional to be true, the most direct way of establishing it must make non-redundant use of its antecedent seems clear enough on the face of it, but familiarity with logic of conditionals literature may well lead one to reconsider. This kind of dialectical interplay should continue to be a fruitful source of philosophical research for the foreseeable future.