This sample History of Philosophy Essay is published for informational and educational purposes only. Free essays and research papers, are not written by our writers, they are contributed by users, so we are not responsible for the content of this free sample paper. If you want to buy a high quality essay at affordable price please use our custom essay writing service.

It has commonly been agreed (too readily, perhaps) that the task of the scientist is to produce theories, and that theories are good or bad depending on how adequately they describe or explain established facts. On this view, the study of the history of science, though it can be entertaining or chastening or inspiring, is a distraction from science proper. ‘A science which hesitates to forget its founders’, as Whitehead said, ‘is lost’. 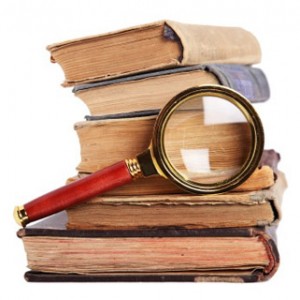 In practice, however, would-be scientific philosophers have seldom succeeded in confining their attention to a supposedly ahistorical ‘fountain of reason’. Whereas scientists have often discussed theories without caring about their original formulation or context, philosophers have repeatedly succumbed to historical curiosity. Many of them (Russell for example) have produced both detailed studies of particular events in philosophy’s past, and synoptic surveys of periods, movements or even the ‘history of philosophy’ taken as a whole. They have attempted to square this with their philosophical conscience by appealing to a distinction between their own approach to philosophy’s past, which they take to be ‘purely philosophical’, and that of Kant’s ‘scholarly men’, which they dismiss as ‘merely historical’. The practical utility of this distinction is evident: it permits philosophers to insulate their histories of philosophy from historical criticism. Its theoretical justification is obscure however; and it is hard to see why philosophers should bother with the past at all, if they are as uninterested in history as they profess to be. May it be that the entanglement of philosophy with its past is inevitable, even though unwelcome to some philosophers?

There are three main ways in which philosophy gets involved with its past. The first can be described as connoisseurship: just as poets or painters learn to be discriminating about their art, and hence capable of meaningful innovation, by acquainting themselves with existing masterpieces, so it is, presumably, with philosophers as well. Indeed the significance of a work of art, or poetry, or philosophy, may be wholly mysterious unless it is seen in relation to the past works to which – implicitly or explicitly, negatively or positively – it refers. This is especially true of philosophy, which is as often engaged in the exposure and diagnosis of plausible errors in the works of the illustrious dead, as with positive expositions of evident truths.

An even closer connection between philosophy and its past can be identified under the rubric of canonicity. The canon is, strictly speaking, the list of the books of the Bible which are accepted as genuine or inspired; by extension, it is the set of acknowledged masterpieces in which a practice acknowledges, or claims, its legitimate ancestry, and thereby forges a sense of its identity. If a discipline is uncertain or divided about its aims, objects and methods (as seems to be chronically the case with philosophy), then its canon becomes especially vital to it. The unity of the field of philosophical issues, and the cohesion of communities of philosophers, will depend on agreement about the contents of the philosophical canon. And specific theoretical projects, such as analytic philosophy, continental philosophy, empiricism or phenomenology, or indeed ‘Western philosophy’ or ‘philosophy’ itself, will define themselves very largely in terms of their rival canons. Controversies as to the canonical status of works by, for example, Heraclitus, Spinoza, Hegel, Emerson, Nietzsche, Green, Heidegger or Davidson turn out to be debates about philosophy’s nature and future, disguised as discussions of its past.

The third and most intimate link between philosophy and its past is provided by plot. By means of plot, the history of philosophy is divided into periods, and partitioned between various schools of thought, in such a way that it exhibits a philosophically meaningful development over time, probably leading to some present or imminent crisis. (If the addition of an idea of completeness to the objects of philosophical connoisseurship turns philosophy’s past into a canon, then the addition of significant organization in time to the canon, produces philosophy’s past as plot.)

These three kinds of connection between philosophy and its past can be traced back to Socrates, a connoisseur who defined himself against the historical background of the sophists; to Plato, who canonized past philosophers as participants in his dialogues; and to Aristotle, who conceived philosophy as a continuing cooperative enterprise whose plot should display rational progress. Cicero systematized the Aristotelian story by dividing philosophy into four Schools – Epicurean, Stoic, Academic (Platonic) and Peripatetic (Aristotelian); and Seneca drew the obvious eclectic moral; ‘we must imitate the bees’, he said, ‘who raid whichever flowers they need for making their honey’.

The classical view of the canon and plot of philosophy’s past was crystallized in Diogenes Laertius’ gossipy Lives of the Philosophers, written in the third century AD, which defined philosophy in Europe throughout the middle ages and the renaissance. Georg Horn was the first to mount a systematic challenge to Diogenes. His Philosophical Histories (1655) added postclassical authors to the philosophical canon, and organized ancient (pagan) and modern (Christian) philosophy into a single ‘Judeo-Christian’ plot, in which Jesus Christ played a pivotal role. But Diogenes was not definitively displaced until the appearance of Johann Jakob Brucker’s Critical History of Philosophy (1742–4) – a monumental work which firmly established a three-part plot for the history of philosophy, with ancient philosophical wisdom at the beginning, medieval scholastic darkness in the middle and modern eclectic enlightenment at the end. This tightly articulated history had the fateful effect of presenting the whole history of philosophy as culminating exclusively in Western Europe.

For Hegel the historicity of philosophy was a cardinal philosophical problem: true philosophy would have to go behind the apparently self-defeating quarrels of the past, and the complacent eclecticism of modern enlightenment as celebrated by Brucker, in order to reveal an underlying intellectual unity in the history of philosophy as a whole. According to Hegel, all true philosophers incorporated the principles of their predecessors, even if they thought they were rejecting or ignoring them; despite appearances, therefore, the plot of philosophy’s past expressed a single unified argument, and ‘the same Architect has been directing the work for thousands of years’. Whether they knew it or not, philosophers could only articulate this inherited argument for the benefit of their own age, and clarify its implications for the future. Philosophy might attempt to escape its past, but it was never going to succeed.

Of course philosophers may still try to avoid a Hegelian submission to history by imitating the progress of the sciences. But unfortunately for them, this unhistorical concept of scientific progress has been discredited by the progress (if such it is) of the philosophy of science. Popper’s theory of science as a cycle of arbitrary conjectures and systematic refutations, followed by Kuhn’s idea of scientific revolutions as instituting new paradigms incommensurable with the old, and Bachelard’s idea of the ‘breaks’ which inaugurate the different sciences, have all suggested that criteria of scientific truth may themselves be contingent and perspectival. Rorty has drawn negative conclusions about the whole of ‘traditional philosophy’. Macintyre however has attempted to get round the difficulty by arguing that whilst both science and philosophy are ‘essentially historical’, they are still rational, and indeed that they could not be rational unless they were embedded in particular traditions. On this view, the distinction between historical and philosophical approaches to philosophy crumbles, and many elements of Hegelian historicism are reinstated.

However, Hegel’s view of the history of philosophy tends to conceal the arbitrary artifice in the smooth idea of a selfcontained tradition called ‘(Western) philosophy’which fuses Jewish, Christian and ancient Greek elements. Marx tried to escape Hegel’s emollient philosophical historicism (if not his Eurocentrism) by replacing a history of modes of philosophising by a history of modes of production. Both Kierkegaard and Nietzsche revolted against Hegel’s homogenized conception of history by affirming the awkward and absurd irreducibility of the ‘actually existing individual’. Heidegger and Derrida have argued that the development of philosophy as recounted by Hegel is really an increasingly disastrous forgetting of philosophical questions, rather than a triumphantly progressive solution of them. And Foucault has suggested that the whole conception of a Western philosophical tradition benignly seeking the truth is a systematic concealment of the processes in which political powers establish and legitimize themselves through a violent exclusion of those whom they define as mad or otherwise beyond the bounds of reason. Such attempts to ‘invert’ Hegel – whether Popperian, Marxist, Nietzschean or Foucaldian – all agree with Hegel on one point, though: detached objectivity is impossible in any history of philosophy.