An essay is usually an extended piece of written work (undergraduate essays vary in length from 1000 to 5000 words), and is supposed to involve analysis, clear argument, and research. In the essay you bring these elements together. You are supposed to respond to your question or task by researching as widely as time and resources allow, in order to be able to come up with evidence, and perhaps different viewpoints, which you then analyze or subject to critical thought. An essay is not just about providing a ‘right answer’, or demonstrating what you know. In most cases what is being assessed is the process – of researching, analyzing and evaluating your material, and producing an argument which reflects both the evidence provided and your ability to think critically about it. 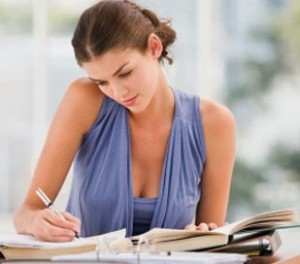 The essay is probably the commonest form of assessment at universities. It is now used more than exams, and it is not specific to any discipline area: you will be writing essays if you are doing subjects in economics, business, health science, tourism, engineering or education. Essays are such a popular form of assessment because they are useful for determining how well you have understood – not just memorized. Whereas exams of the short-answer kind assess the ability to learn facts, essays allow you to demonstrate important literacies, such as being able to research, select evidence and use examples, and evaluate different points of view. In essays, you demonstrate your ability to use the discourses of the discipline. These kinds of literacies are those which university students are supposed to have, and employers want.

Essays Have the Following General Structure

You will need to find out what requirements there are about format and style in the particular discipline (or unit). For instance, you will probably be told that you must have a separate title page and use a certain referencing convention (e.g. the Harvard system). Some disciplines, notably the humanities, tend to disapprove of such devices as subheadings or lists using numbers or bullet points.

Note that oral presentations, too, should have a distinct introduction, body and conclusion (in your mind, even if the transitions between them are not noticeable to the audience). Oral presentations do not have bibliographies, but you should not use other people’s ideas-or provide contestable facts and figures-without briefly indicating their source.