This sample Television Essay is published for informational purposes only. Free essays and research papers, are not written by our writers, they are contributed by users, so we are not responsible for the content of this free sample paper. If you want to buy a high quality essay at affordable price please use our custom essay writing services.

Since the advent of the post-World War II era, television has functioned as the quintessential mass medium. Television’s status as a central cultural storyteller that offers a widely shared lens on news information, media events, and fictional narratives has allowed it to transcend academic approaches and operate as a crucial object of study for a range of communication traditions.

The medium’s origins in radio inform many of its key characteristics, and although the technology of broadcasting provided for it to easily transcend national boundaries, the medium has been dominated by the particularities of nation-based decisions about its funding and regulation. Early experiments with television date to the 1920s and 1930s, but for the most part, the medium did not become widely used until the 1950s. 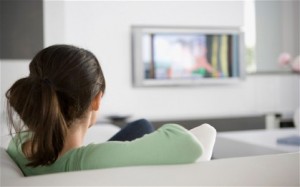 Television’s status as an object studied by multiple fields results from its integration in central political and commercial activities. Many countries around the world began with publicly run television systems that made television an important source of national culture and provided it with a particular mandate to serve the government or the citizenry. Most of these countries have since allowed the introduction of commercially based private networks that compete with the public system. The US established such a commercial system from the early days of radio. The commercial mandate still allows television a significant role in culture, although it results in a different relationship between television and the state. There is now significant blending of public and private structures for financing television around the globe.

The study of television has been central in many different communication intellectual traditions. Initially, researchers focused on the medium in terms of its “effects” and its use for propagandistic purposes. This scholarship was influenced by cultural concerns central in the study of many different means of communication in the postwar period and the growing consideration of cultural industries as powerful influences in society. Much of this research is particularly concerned with audiences and how television affects them.

A tradition of critical television studies emerged in the 1970s, coterminous with various developments in cultural studies, feminist studies, and critical theory, which perceives the medium in a very different manner. Initially, this research examined television shows much like any other “text.” Detailed textual analysis of television series drawing from critical theory and the analytical tools central to the study of literature and film also became common as theorists identified how television entertainment and news often reproduced the dominant ideology. Within cultural studies many scholars soon turned their attention to studying audiences, while those trained in film or literary studies tended to continue more textually focused examinations.

Studies developed from within cultural studies conceive of the audience much differently than the earlier (and ongoing) effects tradition. Cultural studies ascribes considerable agency to viewers and theorizes a complicated and more individualized meaning making process, rather than previous approaches, which tended to perceive fairly standard effects of media upon audiences. Considerable debate emerged about whether news and entertainment media reinforce hegemonic structures of power or whether viewers might make redemptive readings and derive pleasure despite the ideological content.

Political economy scholarship exploring the governmental and commercial links of the television industry developed various theories about the role of institutional factors such as law, policy, and capital in the functioning of public and private television industries. Such scholarship often linked the structural organization of the industry with the texts that were consequently likely to be produced. As the norms of television have changed – such as the addition of private competition in previously public systems or the introduction of nonbroadcast television competitors (cable and satellite) – political economists have attended to likely outcomes and offered policy recommendations aimed at the public good rather than the advance of controlling commercial or governmental powers.

The study of television now includes many different aspects of the technology and its role in culture, and television continues to be considered through a broad range of intellectual traditions spanning the experimental methods of social science, criticism common to humanities, and applied policy, law, and technology studies. Despite the common object of study, these approaches to television differ significantly in their fundamental conception of the medium, and while vibrant intellectual debates exist within each tradition, there is little interaction among those of differing approaches. Regardless of intellectual tradition, the following six critical functions (adapted from Mittell, in press) organize much television scholarship that considers television as an important communicative and cultural agent.

At least some aspect of nearly every country’s television system has become commercialized. Despite this, commercial television industries rarely operate as a free market (even in the US), but are regulated by governmental bodies in various ways: the nature of its content (limits on nudity or violence); the origin of its content (quotas limiting importation); or the manner of including commercial messages and the types of claims that they can make. This commercial base leads television to operate as a “dual market” system as networks produce programs to sell to audiences in order that they might sell those audiences to advertisers. The mandate of commercial systems complicates the democratic goals for a mass medium such as television because of advertisers’ inequitable pursuit of various audiences. Commercial goals also lead to the production of programming unlikely to disturb advertisers. Changes to global economies also have led to increasing consideration of television as a crucial part of the information and entertainment economies that are fundamental to postindustrial nations. This function is particularly central to the research of political economists and others engaged in cultural industries studies.

Television as an Electronic Public Sphere

The functioning of television as an electronic public sphere is important to many intellectual traditions and lines of research. Originally, television derived this status as a source of broadly shared information and stories. Television exists as a ubiquitous media form in many places, and for much of its history it offered a limited range of options, which increased the likelihood of a national audience sharing its programs. Whether the case of a popular comedy, the nightly news, or a media event such as the Kennedy assassination or the wedding of Prince Charles and Lady Diana, the breadth of audience reached through television has been fundamental to those concerned about media effects as well as the constitution of culture. The significance of this breadth has been theorized variably, with some arguing that the medium creates a site of negotiation in which those with different perspectives on social issues might come to see competing positions with sympathy, while others have argued that content can only reinforce existing world views. As opposed to other media, such as particular radio formats or niche-targeted magazines, television’s operation as a medium that relied upon and was capable of drawing broad and heterogeneous audiences has been central to its study as a medium. Notably, the expansion in channel options increasingly in place around the globe has decreased the likelihood of television gathering such audiences and continuing to operate in this way – at least in most cases.

Television as a Site of Cultural Representation

If many have assumed television operates as an electronic public sphere, this reach made it an important source of cultural representation. Many have examined how television does, and most often does not, reproduce the “reality” of the societies that view its content. In the 1970s, many such studies considered, for example, the frequency with which women were depicted in television narratives and in what roles relative to their status in society. Other researchers have assessed how television shows depict the solving of problems and the use of violence, among many other topics. The critical television studies that drew from cultural studies and emerged in the 1980s evaluated representation very differently than the preceding tendency to assess depictions in terms of their realism. Following Stuart Hall’s constructionist view of representation, critical television scholars argue that the depictions are constitutive of the viewers’ “reality” rather than there being a “true” meaning that exists outside of representation (Hall 1997). Such analyses consequently examine what reality or beliefs about the world are likely to develop from the stories and representations available on television.

Television as a Textual Form

Other studies focus less upon the ideological nature of the ideas and depictions of television content, and instead attend to television’s particular textual and visual forms. Examinations of fictional texts draw extensively from film theory in establishing particular generic attributes and narrative techniques common to television storytelling. The reliance on serial storytelling is particularly distinct to television relative to other competing artistic forms. These more formal approaches also have been applied to television news, as in examining how the format of newscasts and story conventions reproduce knowledge in specific ways. These approaches examine the formal attributes of a text – whether an entertainment series or a news program – more than the specific content of the text. The visual features and construction of television images also provide important sites of research – often drawing from film theory and studies of visual culture.

Television as a Part of Everyday Life

Television also can be considered as a communicative force broader than the programs or content it transmits. Television continues to be a primary focus of leisure time in many countries, and its transmissions are central to daily routines and structure patterns of behavior. Research traditions such as that of uses and gratifications have explored the different reasons why and the varied ways in which people use television, and have found behaviors that far exceed the rapt and attentive viewing that many other considerations of its content tend to assume. Such studies face new challenges as technological and distribution developments increasingly enable television to surpass its domestic boundaries and function as a portable and mobile technology.

Television as a Technology

Despite the varied communicative and cultural functions of the medium, television also can be considered based upon its technological features. Television’s aural and visual registers allowed its early distinction from radio, and subsequent enhancements have allowed greater complexity to its images and sound. Much television use has been domestically based because of its particular technological attributes, although new developments now allow users to view live television on their office computers or on mobile phone screens, among other mobile devices. Likewise, many other technologies – such as the remote control, video cassette recorder, and digital video recorder – have enhanced viewers’ ability to control the externally determined programming flows that come through the box.

Many new areas of study are emerging as a result of massive adjustments in the medium itself and consequently, how it is used and experienced. These changes often challenge existing assumptions of the medium and require revisiting previous research about the use of television, its texts, and relationship to culture. The massive expansion in channel choice and personal program control, convergence with other media (computers), new portability, and the digital transition are all redefining the medium in a manner that has significant consequences for how it is studied and the assumptions that can be made of it.