This sample Scandinavian Anthropology Essay is published for informational purposes only. Free essays and research papers, are not written by our writers, they are contributed by users, so we are not responsible for the content of this free sample paper. If you want to buy a high quality essay at affordable price please use our custom essay writing service.

In a strict sense, Scandinavia comprises only Denmark, Sweden and Norway, but according to common English usage, it encompasses Finland and Iceland as well (corresponding to the Scandinavian term Norden). These five countries, similar as they might be in many respects, have followed distinct trajectories in their respective appropriations and developments of academic anthropology. Modern Swedish anthropology grew out of global explorations, European ethnology and more recent Anglo-American influences; Danish anthropology has a strong historical connection to ethnographic studies of Greenland and has been equally shaped by influences from American, French and British anthropology; Finnish anthropology has a dual heritage in sociology and ethnology; and the main current of Norwegian anthropology has, since the mid-1950s, been strongly connected with British social anthropology.

Anthropology has a varied history in the Scandinavian countries. Nineteenth-century explorers, traders and missionaries established the basis for ethnographic museums by bringing home collections of exotic artifacts. The most important was, and remains today, the ethnographic museum in Copenhagen, partly because of Denmark’s colonial history. From the mid-nineteenth century, ethnological studies of the national culture in the German \Volkskunde tradition began, often with an overt political agenda of national romanticism, especially in Norway and Finland, which were not yet independent nation-states. Explorers wrote about remote places and peoples in the same period. A more systematic, scientific anthropology began in the early twentieth century, and the first important modern anthropologist from the region was the Finnish scholar Edward Westermarck (1862—1939), who held chairs in London and Helsinki and specialized in the study of North African societies. His theory of incest avoidance, arguing that the intimacy experienced by siblings precluded sexual attraction, is still cited. 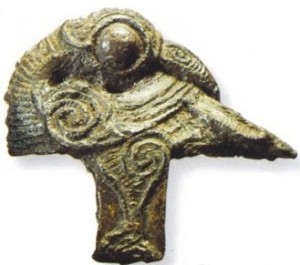 In the interwar years, the influence of racist pseudoscience on Scandinavian anthropology was strong, and works were published on ‘the physical types’ of Scandinavia and their assumed character traits, although several anthropologists of a more culturalist, Boasian persuasion were opposed to such reductionist and racist views.

After the war, social and cultural anthropology was gradually established at universities in all the Scandinavian countries, but in different ways. In Denmark, the tradition of Inuit (Eskimo) studies, begun by “Knud Rasmussen (18791933), himself a native Greenlander with an Inuit mother and a Danish father, remained strong for years. In Sweden and Finland, there were important connections with ethnological studies of domestic folk culture; indeed to the extent that contemporary Swedish ethnology has almost merged with anthropology through the work of scholars like Orvar Lofgren (b. 1943) and Jonas Frykman (b. 1942) at Lund. In Norway, the subject was decisively influenced by the British school from the 1950s. The most influential contemporary Scandinavian anthropologist is the Norwegian “Fredrik Barth (b. 1928), who is best known for his work in Asia, from Kurdistan to Bali, but who also initiated and directed research on Norwegian communities in the 1960s. Icelandic anthropology, smaller and more recent in origin, has largely concentrated on the study of coastal societies, under the leadership of the Manchester-trained Gisli Palsson (b. 1949).

Several Scandinavian anthropology departments can be linked to particular theoretical schools or empirical foci. Through “Ulf Hannerz’s (b. 1942) intellectual leadership, the department in Stockholm developed a reputation for ‘global anthropology’, and the Bergen department was for many years associated with Barth’s empiricism and methodological individualism, while the poststructuralist impact has been noticeable in Copenhagen, with Kirsten Hastrup (b. 1948) as a driving force.

Social (or cultural) anthropology has grown in student numbers and academic importance since the 1960s, and it is now taught at most Scandinavian universities. Scandinavian anthropologists carry out research worldwide and form part of an international scholarly community, and many publish all their work in English. However, since Swedes, Danes and Norwegians understand each other’s languages, there is some professional mobility and numerous formal and informal connections between anthropologists in the three countries, and many choose to publish mainly in the national language. Moreover, there is today a significant interest in the anthropology of one’s own country and a substantial anthropological literature published in the Scandinavian languages.

Studies of ethnicity and majority/minority relationships have been important in Scandinavian anthropology for decades. In research on the Sami and Inuits, much attention has been given to questions of identity management, and scholars have been concerned with showing how these indigenous groups deal with the cultural transitions demanded by the modern state, and how they promote their own political interests such as land rights, language and so on. Research on immigrants is given high today, much of it commissioned by the state and focused on ‘integration’. However, the majorities are also being studied, and in this respect, a recurrent issue in the anthropology of Scandinavia has been the question of what, if anything, is peculiar to Scandinavian culture. No simple answer is offered, but there appears to be widespread agreement that values such as equality, strong democratic traditions and gender equity are widely shared across the region.

As a result of this interest in cultural specificities, the idea of national culture as such has been scrutinized. It is often assumed that the Scandinavian cultures are homogeneous, yet minute research in different localities reveals important variations within each country. Anthropologists have not only documented this variation, but have also shown how the very idea of a homogeneous national culture was a product of nineteenth- and twentieth-century nation building.

Many Scandinavian anthropologists, especially in Norway, take an active part in public debates about their own societies, often using the methods of anthropology not only as tools for generating knowledge, but also as means of cultural critique. This double quality has been characteristic of the work of scholars like Lofgren in Sweden and Marianne Gullestad (1946—2008) in Norway. A major research project dealing with the Lillehammer Winter Olympics in 1994, directed by Arne Martin Klausen (b. 1930), viewed the Olympic games as a ritual, seeing it partly through the lens of anthropological studies of rituals in non-industrial societies. Others have studied phenomena such as changes in food habits in local communities, the cultural implications of the new Oresund bridge joining Sweden and Denmark, nature worship, local views of the European Union, the dilemmas of local politics and various aspects of the majority— minority relationships resulting from immigration. The boundary between anthropologists who carry out fieldwork at home and those who travel overseas is becoming blurred, perhaps eventually erasing, after two centuries, the nineteenth-century distinction between Volkskunde and Volkerkunde.