This sample Scandals in Anthropology Essay is published for informational purposes only. Free essays and research papers, are not written by our writers, they are contributed by users, so we are not responsible for the content of this free sample paper. If you want to buy a high quality essay at affordable price please use our custom essay writing service.

What counts as a disciplinary scandal usually exposes revealing fault-lines in its sense of collective identity. So it is with anthropological scandals which periodically bring the discipline’s collective anxieties to the attention of a wider audience. A number of recurring themes can be drawn out from these. One is anxiety over the integrity of an individual’s fieldwork, often as revealed by discrepancies between a celebrated ethnography and a subsequent restudy. A second is anxiety over the ethical implications of a piece of anthropological work. A third is anxiety over anthropology’s uneasy interaction with wider cultural expectations and fantasies about primitivism and the noble savage.

A classic example is “Derek Freeman’s attack on “Mead’s early work in Samoa (Mead 1928;Freeman 1983). Mead used her evidence on the apparently relaxed sexual and social mores of Samoan adolescents to advance a critique of American attitudes to education and sexuality. Freeman’s counter-evidence of a profoundly hierarchical society, with high levels of rape and suicide, was ultimately intended to refute Mead’s version of “cultural determinism, which he traced back to the influence of her teacher, Franz Boas. Popular reaction to Freeman’s book, especially in the American mass media, concentrated as much on the damage it caused to the paradisal vision of a South Seas primitive utopia which casual readers had taken from Mead’s book. Professional anthropologists were less impressed than might be expected by Freeman’s empirical onslaught. Some detected a hidden political agenda in this attack on one of America’s most famous liberal intellectuals, while others pointed out the inevitable difficulties in comparing the experience of different fieldworkers, of different ages and genders, working at different times in the same cultural setting (Brady 1983; Canberra Anthropology 1983). 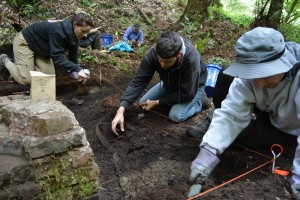 Much of the public interest generated by Freeman’s critique must be due to the fact that it impinged so directly on popular ideas about the primitive, which themselves form part of a wider public critique of industrial society. The continuing controversy over the Tasaday (Headland 1992) illustrates this further. A supposedly untouched society living a stone-age existence in a remote area of the Philippines, the Tasaday were the subject of popular magazine articles, a film, and a journalistic ethnography when they were ‘discovered’ in the early 1970s; their subsequent ‘exposure’ as a hoax was itself the subject of television documentaries and newspaper articles. Nevertheless, there is still an embarrassing lack of consensus within the discipline over the exact status of the Tasaday.

The Tasaday, as originally presented, and Mead’s Samoa can both be seen as examples of the use of accounts of other cultures to compose allegorical statements about Western society. Both these examples were more or less utopian, but much of the celebrity of Colin Turnbull’s account of the Ik in The Mountain People (1973) is due to its bleakly dystopian vision (which contrasts with the romantic view of the Mbuti in Turnbull’s earlier work). This portrait of a hunting people reduced by starvation to a Hobbesian state of nature was criticized on both ethical and empirical grounds at the time of publication. In the mid-1980s it became clear that at least some of the Ik were as suspicious of Turnbull’s account as were some of Turnbull’s fellow anthropologists (Heine 1985).

What particularly alarmed Turnbull’s critics was his revelation that he had concluded his fieldwork by recommending that the authorities in the area should disperse the remaining Ik as far as possible from each other. As applied anthropology has grown, and anthropologists have presented themselves more and more as professional experts, able to speak with authority to governments and judges, so the potential for ethical scandals has increased. This is an area in which the discipline’s sense of what is scandalous has probably changed most. Evans-Pritchard’s work for the colonial government of the Sudan in the 1930s was not, on the whole, seen as scandalous at the time, whereas the US government’s attempts to use anthropologists in counterinsurgency work in Southeast Asia in the 1960s was. Even the apparently morally unimpeachable desire to speak for an embattled minority group has become a focus of controversy: in Australia one anthropologist has claimed that liberal colleagues have compromised their professional authority by adopting too partisan a position in land-rights cases (Brunton 1992; cf. Keen 1992).

The anthropologists of the postcolonial world are easily embarrassed by the sometimes scandalous language of their colonial predecessors, as the enduring unease about Malinowski’s field diary makes clear. In this respect, every generation is likely to discover new scandals in the work of its predecessors. But there are enduring themes which can be discerned in anthropological scandals: the anxious authority of the lone field-worker who attempts to speak for a whole group of people on the basis of her solitary, and sometimes difficult experience; and the anxious authority of a whole discipline which is at once rooted in, but wants to distance itself from, popular images of the primitive and pre-industrial.