This sample Russian and Soviet Anthropology Essay is published for informational purposes only. Free essays and research papers, are not written by our writers, they are contributed by users, so we are not responsible for the content of this free sample paper. If you want to buy a high quality essay at affordable price please use our custom essay writing service.

The history of Russian anthropology can be divided into three neat phases. The first was the documentation of the peoples and cultures of the pre-revolutionary Russian state, which started in the eighteenth century and reached its climax with institutionalization in ethnographic journals and museums in the nineteenth century. The second was the Soviet period when ethnographic research was subservient to Marxist theory and the requirements of Leninist policy on the national question. The third, which is even now only emerging, is the post-Marxist anthropology which has emerged since the end of communist rule.

Russian ethnography goes back to the eighteenth century — the time of extensive colonization and the formation of the centralized Russian state. Early descriptions and atlases of Siberia included information on local tribal groups. The Great Northern Expedition (1733—43) resulted in the History of Siberia by G. Miller, who made the first linguistic classification of the aboriginal population. A member of the expedition, S. Krasheninnikov, published his Description of the Kamchatka Land in 1775. As a result of an expedition organized by the Russian Academy of Sciences (1768-74), I. Georgi published the four-volume Description of all Peoples Living in the Russian State (1776-80). 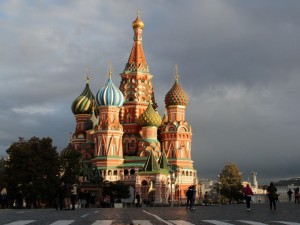 At the end of the eighteenth century the first publication on Russian folklore appeared, starting a long tradition of research in the field of Russian mythology and folk culture (V. Dahl, A. Afanasyev, O. Miller in the nineteenth century). Remarkable contributions to Russian ethnography emerged from round-the-world naval expeditions (I. Kruzenshtern, Y. Lisyanski, O. Kozebu), which conducted research among Pacific islanders, as well as from the expeditions of Langsdorf to Brazil, Bichurin to China, Veniaminov and Wrangel to the Aleutian Islands and Alaska. N. Miklukho-Maclay was the first European anthropologist to work in Oceania and Australia between 1870 and 1880, and is one of very few Russian anthropologists whose work has been analyzed by Western historians of the discipline (Stocking 1991).

In 1845 the Russian Geographical Society was founded in St Petersburg, with an ethnographic division which published material on different regions, including studies of ethnography and languages in Central Asia, Siberia and the Far East (M. Kastren, A. Middendorf, V. Radlov). In 1867 the All-Russian Ethnographic Exhibition was organized in Moscow, and after it the Rumyantzev Museum was established. A strong evolutionist school emerged in the 1880s, introducing methods of historical reconstruction on archaeological, physical anthropological and ethnographic materials (M. Kovalevski, D. Anuchin, L. Sternberg). V. Bogoraz and V. Iochelson were organizers of the Jessup Expedition to Chukotka and Kamchatka (1901—2). Around this time the first ethnographic journals appeared, as well as many popular works on the cultures of the world.

The Bolshevik revolution of 1917 and the creation of the Soviet state, with territorial autonomy based on ethnic principles, as well as the rise of ethnic movements on the periphery, caused extensive studies of all groups, particularly for drawing borders between ethno-territorial units. Ethnographers were deeply involved in developing written alphabets and school systems for many small ethnic groups. In 1933 the Institute of Anthropology, Archaeology and Ethnography was established in Leningrad and in 1937, the Institute of Ethnography in Moscow. At this time Marxist—Leninist doctrine started to completely dominate all theoretical approaches, with its emphasis on stages in the evolution of society and class struggle as the major force of historical changes. Ethnology was proclaimed a ‘bourgeois science’, many scholars were persecuted and the department of ethnology in Moscow was closed in 1931. Soviet anthropologists concentrated on the study of primitive societies, prehistoric stages of evolution, and early forms of social organization (S. Tolstov, M. Kosven, A. Zolotarev).

From the 1950s to the 1970s the major priorities were still the study of ethnogenesis, material culture, ethnic histories and cartography, initiated mainly from the central institutions in Moscow and Leningrad, but with active training and participation of scholars from centers in the regions and republics. It resulted in prestigious projects like historical-ethnographic atlases (Peoples of Siberia, 1961; Russians, 1967-70; Peoples of the World, 1964) and a multivolume series The Peoples of the World. Because of limited contacts and resources very few studies were conducted on the outside world (D. Olderogge and I. Potekhin on Africa; N. Cheboksarov, R. Its and M. Krukov on China; A. Efimov and Y. Averkieva on America). The most remarkable results were achieved in Siberian and Arctic anthropology (L. Potapov, V. Dolgikh, D. Sergeev, S. Arutunov) and in biological anthropology and race studies (G. Debetz, M. Levin, M. Gerasimov, V. Alexeev).

In the 1970s and 1980s there was a strong shift of interest to contemporary ethnic issues with more use of sociological surveys; extensive research was done in Central Asia, the Baltic republics and the Volga area (Y. Arutunyan, L. Drobizheva, V. Pimenov, M. Guboglo). Y. Bromley, the director of the Institute in Moscow, with other colleagues (V. Kozlov, P. Puchkov, S. Arutunov) developed a primordialist theory of the “ethnos, which partly reflected the existing political hierarchy of status and non-status Soviet nationalities. This theory goes back to S. Shirokogorov’s writings of the 1920s and corresponds to the so-called Leninist theory of the national question, in which the ‘nation’ is defined as the highest type of ethnic community, and treated as an archetype and major form of social grouping, legitimizing a state and its economy and culture. Alongside this, a superficial but attractive interpretation of the ethnos as a ‘socio-biological organism’ (Gumilev 1989) has acquired a growing popularity. At the same time historical ethnography and ethnogenesis studies still dominated the research agenda and resulted in solid publication on the history of primeval societies and the early stages of human evolution (Y. Semenov, A. Pershitz, V. Shnirel-man), on early forms of religion like shamanism (E. Novik, L. Potapov, V. Basilov), on linguistic reconstructions (V. Starostin, E. Khe-limski, I. Peiros, A. Militarev), and on myths and iconography (E. Meletinski, V. Ivanov, Y. Knorozov). Unfortunately, the outstanding theoretical innovations of Russian scholars like V. Propp, M. Bakhtin and V. Chayanov were not properly developed by academic practitioners.

Political liberalization after the late 1980s, and the rise of ethnic nationalism and conflict, have brought radical changes to Russian anthropology. Marxism ceased to be the only paradigm for the social sciences, and political change inspired a growing interest in other methodologies and multidisciplinary approaches, as well as broadening the thematic scope and field areas of the discipline. Studies of identity, nationalism and conflict, status and the rights of minorities, ethnicity and power, and a number of other issues, became the focus of research, and lively debates on holistic theories like Marxism, structuralism and postmodernism are now taking place in the post-Soviet anthropological community. Another serious challenge is the growing self-assurance and alienation from the ‘centre’, of some anthropologists of the former ‘periphery’, demonstrating a strong degree of ethno-nationalistic commitment and using ethnic studies as a resource for healing collective trauma and for political mobilization. As a response, ‘central’ anthropology demonstrates a new interest in the problems of the ‘new minorities’ like Russians, and in Russian nationalism and identity, while still mainly keeping good and friendly relations and academic contacts with former compatriots. Russian anthropology, like the rest of Russian society, is going through a process of deep transformation, but its strong intellectual roots provide hope for the future.