This sample Lewis Henry Morgan Essay is published for informational purposes only. Free essays and research papers, are not written by our writers, they are contributed by users, so we are not responsible for the content of this free sample paper. If you want to buy a high quality essay at affordable price please use our custom essay writing service.

Lewis Henry Morgan (1818—81) was a founding father of professional anthropology in the United States and his notebooks, letters and manuscripts provide a mine of information for the historian of the discipline. He was the first ethnographer of an Indian tribe and the first ethnologist of repute to write on Aboriginal Australian social organization. For more than half a century, Morgan’s work lay at the heart of epistemological debates on evolutionism, idealism, Marxism, and structuralism.

Born in Aurora, New York, Morgan’s ethnological investigations grew out of his membership of a secret literary society, The Grand Order of the Iroquois, which engaged in scientific study of Native Americans and in offering humanitarian and political aid to them. Morgan’s work lay particularly with the Seneca. Ely S. Parker, a Seneca and a member of the Order, was his critical ally and resource. 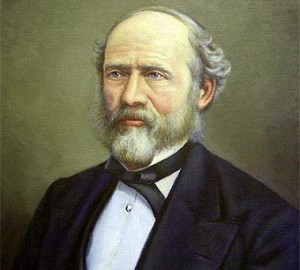 As a lawyer, Morgan combined his work for railroad investors with visits to Indian reservations further west. His main objective was to collect kinship terminologies but his journals also indicate his keen interest in Indian acculturation. Although he deplored intermarriage between Indians and Euro-Americans, he nevertheless argued that Indians had the potential to be American citizens. Morgan twice ran for the New York State legislature and hoped (but failed) to become US Commissioner for Indian Affairs. His work was influential in shaping the Bureau of American Ethnology, and his intellectual stature was recognized by his elevation to the American Association for the Advancement of Science, the most prestigious scientific organization in the country.

Between 1851 and 1877 Morgan published five books. Today only one remains uncontestedly in the anthropological canon. This is League of the Ho-de-no-sau-nee, or Iroquois, published in 1851. Based on direct inquiry and observation, it owed much to Morgan’s training as a lawyer. He was intrigued by the Iroquois “matrilineal kinship system as comparative jurisprudence. Because of its format, League has been called the first modern ethnography of a native people and a pioneer study in political anthropology. Adopting a natural history approach, Morgan described systematically the environment, ^subsistence, kinship, ceremonial, religion and politics of the Iroquois people.

Long a classic among evolutionary and structural studies of kinship, Morgan’s Systems of Consanguinity and Affinity of the Human Family (1871) is now seen to be sadly misguided.

Morgan may be said to have invented kinship studies by realizing that the semantic patterning underlying kinship terminologies, the internal logic of kinship systems, could be studied comparatively. He was the first to make a distinction between “descriptive and “classificatory kinship terminologies and to use the “ethnographic present tense, ‘time being immaterial’ (1985 [1877]: 13) in the collecting mode of structural kinship studies. Morgan’s structural paradigm was later replaced by Levi-Strauss’s linguistic model, by cultural accounts of kinship, and by the study of kinship in processual and historical context.

In Ancient Society (1985 [1877]) Morgan developed more fully an evolutionary schema for humankind’s intellectual and material progress. For him, the growth of ideas, changes in the family, and, especially, property, shaped the unrecognized social processes of human history. His emphasis on ‘the arts of subsistence’ provided a mechanism for progressing from savagery, through barbarism, to civilization. This became foundational in modern archaeology and in ethnological distinctions between hunters and gatherers, sedentary agriculturalists, and urban dwellers.

Morgan’s work, along with that of other evolutionists, was read critically by Karl Marx between 1879 and 1882. Morgan deplored what he called the ‘property career’ of Euro-American society and predicted a return to democratic, communal principles which he believed were once universal. In changing Morgan’s narrative sequence, Marx brought property into conjunction with the state rather than with the family. Engels restored Morgan’s original emphasis in The Origin of the Family, Private Property and the State (1884). As a result, Morgan’s work remained important in Marxist anthropology, and especially in Russian and Soviet anthropology. Engels’s interpretation of Morgan took on a new lease of life among feminists in the 1970s.

The American Beaver and his Works (1868) and Houses and House-life of the American Aborigines (1881). The first reflects his views on man’s relationship to the animal kingdom, progress, intellect, and race. Part of an American debate on monogenism and polygenism, it was read in the context of slavery and civil war. The second is of interest today for its exploration of spatial design in relation to family structures, laws of hospitality, communal living, and the holding of lands in common by Indian groups.