This sample Latin American Anthropology Essay is published for informational purposes only. Free essays and research papers, are not written by our writers, they are contributed by users, so we are not responsible for the content of this free sample paper. If you want to buy a high quality essay at affordable price please use our custom essay writing service.

Latin American anthropologists have in the vast majority of cases studied an internal, usually indigenous, Other. The fact that the Other is also part of the national self and a fellow citizen has given rise to several common issues for anthropologists across the continent. Without pretending to cover them all, I wish to highlight three, namely interdisciplinarity, social engagement and internal colonialism, and focus mainly on one, that is social engagement in its various guises.

This survey will follow the trend highlighted by the contributors to a recently published reader on Latin American anthropology (Poole 2008), and interpret ‘anthropological research’ generously; as not only that research undertaken by people within anthropology departments, but research with an anthropological ‘sensibility’. In the Latin American context, that sensibility is mostly visible because the subjects of research are members of subaltern groups, but part of it also is an emphasis on long-term qualitative methods. Given the fact that Latin American intellectuals undertake long-term participant observation by virtue of living in the place they study, the boundaries between different academic disciplines have necessarily become blurred. Much of the best ‘anthropological’ work in Latin America is done by intellectuals explicitly identified with other disciplines, or working independently or for NGOs and therefore without explicit disciplinary identification. The principal academic disciplines with which social anthropology is in dialogue vary in each country, although there is usually considerable crossover between anthropology and sociology, as in Mexico, Brazil, and Bolivia. However, other disciplinary relationships have also played a significant role in forming anthropological concerns in different countries, for example, with history in Bolivia, with linguistics in Guatemala, and with political science in Brazil. 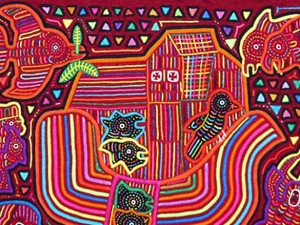 The choice of research subject has usually been indigenous peoples within each country, with the exception of some work on Afro-Latin Americans in Ecuador, Colombia and Brazil, and in Brazil on urban societies and, recently, academics themselves (see Peirano, in Poole 2008). There has also been a tendency to locate indigenous peoples in the rural context of each country, but work from the latter part of the twentieth century onwards has begun to consider the lives of rural—urban migrants, who are of course indigenous in many countries. Anthropologists have also recently begun to work on themes not explicitly associated with indigenous peoples, but connected to the political histories of their countries, for example, the nature of political violence in Colombia. Guatemala and Argentina in particular have recently seen collaborations between social anthropologists and forensic anthropologists in the struggle against impunity led by the human rights movements in each country.

This latter is a kind of social engagement, even activist commitment, that has been crucial to many, if not most, anthropologists in Latin America. The nature of that political activism or social engagement has been most noticeable in the context of the interrelation between anthropologists and their principal subject, indigenous peoples. Of course it varies geographically and over time, and has much to do with the nature of the state, and of the state’s nation-building project in each country. So, for example, Mexican applied anthropology was relatively well supported from the 1930s and 1940s, when anthropologists were central to state departments’ efforts to find solutions to perceived problems of lack of development or backwardness among indigenous peoples (Nahmad Sitton, in Poole 2008). This was in part linked to a cultural and political movement of the early twentieth century known as indigenismo, where intellectuals celebrated indigenous culture and history, and argued for the involvement of the ‘first peoples’ in the national imaginary (Poole 2008). Carlos Ivan de Gregori and Pablo Sandoval (in Poole 2008) argue that Peruvian indigenismo, one of the most important on the continent, can be split into two types: a socio-political project (as in the work of Jose Carlos Mariategui and Jose Maria Arguedas) seeking equality for the indigenous population, and a cultural project that lacked a politics of equality but rather exoticized and celebrated the Indian as supremely ‘other’. This links to my third point of context, which is the way that the structures of internal colonialism (Gonzalez Casanova 1965) have inevitably shaped anthropological research. It is undeniably still true that anthropologists are mostly White or mestizo intellectuals studying a subaltern or oppressed internal Other. Latin American anthropological study relies on internal inequalities as North Atlantic anthropology relies on global inequalities. It has also therefore always had its uncomfortable side.

From the mid-twentieth century onwards, analyses of class, dependency theories, and revolutionary politics came onto the scene. For some intellectuals, including anthropologists, that meant exile or even death during the dictatorships of the 1970s and 1980s, especially in the Southern Cone states. For others, for example in Mexico, Bolivia and Ecuador, it meant a debate within the academy, between those who took a class-based analysis of the situation of peasants/ Indians and those who focused more on ethnicity. At the turn of the twenty-first century, as indigenous movements across the continent have gained prominence, the ethnicist position appears to have won out. The rise of politicized indigenous movements has been another crucial factor shaping anthropological study and political involvement, as many anthropologists have taken up position as advocates, mediators, facilitators and interlocutors with their country’s indigenous movements. In Bolivia, this relationship between academics and activists has produced some immensely detailed and brilliant ethnohistory, specifically in the work of the THOA, the Andean Oral History Workshop, a group of mainly Aymara intellectuals who have combined historical and ethnographic study with political activism since the 1980s (Stephenson 2002).

Anthropologists’ relationship with indigenous movements has often been mediated through other institutions, such as in the case of Ecuador the Catholic Church, which has been extremely important in the growth of both indigenous political movements and academic endeavor there (Martinez Novo in Poole 2008). Most often, however, it is NGOs that have been the main vector of mestizo support for indigenous movements, and anthropologists, although often critical, have certainly not avoided them. Indeed, in those countries where the state-run academic system is somewhat shaky, such as, Ecuador, Bolivia, Guatemala, and to a lesser extent, Colombia and Peru, many intellectuals have often been forced to be ‘nomads’ (Barragan, in Poole 2008), seeking support for research by moving from state position to university position to NGO job, to consultancy for international donor agencies, and so on. This can both promote and inhibit creative research, as intellectuals have a certain amount of freedom to define what counts as research, and to publish in a wide variety of arenas, but many are also living under conditions of severe job insecurity and the need to fit their projects to the criteria of others in order to gain funds. It means that much of the highest quality research is published in reports written for NGOs or donor agencies, on the internet, in newspapers and in other spheres not traditionally perceived as academic. Furthermore, it has also meant that anthropologists can be genuine public intellectuals, with influence on local political cultures and even policy-making.

Returning to the state for a moment, the power of indigenous movements in recent decades has led to anthropologists being involved in many (nominally) pro-indigenous state-led initiatives, from the writing of new constitutions in the late 1980s—early 1990s in Colombia, Ecuador, Bolivia, Brazil, Mexico, to the popular participation legislation in Bolivia in the mid-1990s, to pro-indigenous legislation in the famously progressive state of Oaxaca, Mexico in the 1990s. Taken together, these and other initiatives have been critiqued as a kind of ‘neoliberal multiculturalism’, where recognition of some indigenous political autonomy goes hand in hand with neoliberal decentralization policies, or even where such policies are palliatives aimed at softening the impact of structural economic reforms (Hale 2002). However, although it is true that the early optimism about the possibility of states properly recognizing their indigenous populations has turned out to be premature, it is too early to assess what will be the full effects of such individual legislative initiatives. In more recent (and no doubt linked) developments, indigenous and other social movements have gained considerable political power in some countries. The most prominent cases of these are Ecuador and especially Bolivia, which elected its first indigenous president in 2005; but indigenous movements are also prominent in Mexico, Guatemala, and Colombia. These processes, along with others such as urbanization, the expansion of education, and the growth of bilingual education, have also led to an increasing number of indigenous intellectuals, educated both in metropolitan universities and in newly emerging indigenous universities in some places. Their contribution will undoubtedly change Latin American anthropology significantly in years to come.