This sample Japanese Anthropology Essay is published for informational purposes only. Free essays and research papers, are not written by our writers, they are contributed by users, so we are not responsible for the content of this free sample paper. If you want to buy a high quality essay at affordable price please use our custom essay writing service.

The main reason why so little of the vast amount of anthropological research carried out in Japan is so little known in the West is, of course, language. While Japanese scholars in the natural and quantitative social sciences have been publishing in English as a matter of course for many years, scholars in the qualitative social sciences and humanities most often publish in Japanese. Both the size and efficiency of the Japanese publishing industry mean that, for many scholars, there is little incentive to publish in English (Eades 2000). Japanese scholars are voracious readers of the Western literature, either in the original languages or in Japanese translations (which are common for the major Western authors), but little material filters in the other direction. 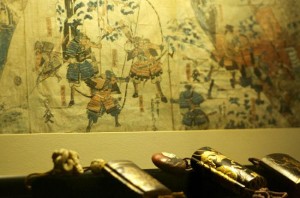 Much of the history of Japanese anthropology can be read in parallel with that of the West. As in the West, anthropology and archaeology were at first closely linked. Japanese anthropology grew out of reaction to the archaeological work of the American scholar, Sylvester Morse, in the late nineteenth century, and his speculations concerning the origins of the Japanese. Both the origins of the Japanese and the uniqueness of Japanese culture remained favorite themes of both Japanese and foreign scholars, with bizarre theories abounding, as foreign anthropological enthusiasts encountered the Japanese other (Askew 2002; 2004). But as in the West, interests began to change with the acquisition of a colonial empire: Taiwan in 1895, Korea in 1910, and Pacific islands and parts of China in the period after the First World War. One of the major pioneers was Torii Ryuzo, who, together with his wife, travelled extensively throughout East and Southeast Asia, documenting and photographing the peoples they visited (Suenari 1995; Askew 2003). Torii was later appointed professor at the University of Tokyo, thus starting the anthropological tradition there. Contacts with Latin America resulted in the establishment of a tradition of Japanese archeology there (Ohnuki 2002). In the hierarchical Japanese university system, the Tokyo anthropologists have continued to exert an influence out of all proportion to the small size of their department.

Anthropologists in Japan became part of the colonial project even earlier than in Europe, with a major series of volumes on the Taiwan aborigines appearing between 1913 and 1920. Organizations such as the South Manchurian Railway Company (which acted as a surrogate Japanese colonial administration, see Young 1998) and the various research institutes established during the colonial period, provided research opportunities for a number of younger scholars who became leaders in the discipline such as Mabuchi Toichi, and Umesao Tadao (Shimizu and van Bremen 2003). Japanese-style anthropology was also established in the imperial universities established in Taiwan and Seoul, in departments which were taken over by local scholars after 1945.

National traditions of anthropology can be divided into those countries where the scholars study local populations as ‘native anthropologists’, and those where they prefer to study overseas. In Japan, these two traditions have tended to develop separately, with a division between those, often the folklorists interested mainly in Japanese culture and its origins, and those more interested in investigating societies overseas. Increasingly, the latter group have called themselves ‘cultural anthropologists’. Generally a centrifugal tendency has been noticeable among Japanese anthropologists — they prefer to research as far away from Japan as they can. In the early post-war period, their movements were at first restricted by the difficulty of obtaining passports and foreign exchange, so that the ‘periphery’ meant peripheral Japan, for instance Hokkaido and Okinawa. But as the Japanese economy started to grow once more, Japanese anthropologists moved further afield, to Taiwan, Hong Kong and China, South and Southeast Asia, Latin America, Africa, and (more rarely) North America and Europe. In addition, there were also an increasing number of foreign anthropologists training in Japan, particularly from China.

The Chinese scholars are a particularly interesting case. They came to Japan as China started to open up in the early 1980s, and went back to carry out fieldwork in China. They belonged to the same generation as some of the scholars who went to America and the West during the same period. While the monographs written by the American-trained scholars are theoretically highly focused and quite limited in terms of the material actually presented, the work of the scholars trained in Japan is much more like work being carried out, say, by British scholars in Africa during the 1950s and 1960s, complete with genealogies, village plans and censuses and detailed topics and case material on the major aspects of village life (e.g. Han 2001). One of the features of Japanese research is the sheer mass of data presented in research reports, which could potentially be a major resource for researchers from elsewhere. Much of it is from areas little visited by Western scholars over the years for political reasons, such as Southeast Asian countries like Cambodia, Laos, and Burma/ Myanmar (Hayami 2001), or Africa. A particularly interesting tradition of research is that among the hunting and gathering societies of southern Africa (Sugawara 1998), linked historically with the long-standing tradition of primate research in Japan, based mainly at the University of Kyoto.

The major umbrella organization for Japanese cultural anthropology is the Japanese Society of Cultural Anthropology (Nikon Bunkajinruigakkm), with some 1,800 members, formerly the Japanese Society of Ethnology (Nihon Minzoku Gakkai). The change of name in 2003, after years of debate, marked the coming of age of the younger generation, formally trained in departments of cultural anthropology, either in Japan or abroad. It holds a major conference once a year, and though most of the sessions are usually in Japanese, it has a long tradition of inviting distinguished guest speakers from abroad. The Association publishes the major anthropology journal in Japanese, and since 1998 has also published a journal in English, the Japanese Review of Cultural Anthropology, including important regional surveys of research carried by Japanese scholars, summarizing much of their work published in Japanese. While the most influential scholars are probably still those at the former imperial universities, particularly Tokyo, Kyoto and Osaka, most of the research resources are actually invested in the National Museum of Ethnology (Kokuritsu Minzokugaku Hakubutsukan, usually abbreviated to Minpaku), in Suita, between Osaka and Kyoto. This has a large staff of research professors, together with the best library resources for the discipline in Japan, in addition to the material culture collection, sometimes criticized as ‘apolitical’ by outside scholars (e.g. Cheung 2004). Minpaku itself publishes two major monograph series, Senri Ethnological Studies and Senri Ethnological Reports, usually in English, in addition to its Japanese-language journals.

Currently, Japanese anthropology appears destined to become more central in the ‘world system’ of the discipline, in what is portrayed by Kuwayama (2004) as a challenge to ‘Western hegemony’. Kuwayama himself is typical of an increasing number of Japanese anthropologists, who have either been trained or who have worked outside Japan, and who are equally at home publishing in English or Japanese. There is pressure from the Japanese Ministry of Education for universities to become more international, as Japan bids to become the major higher education hub for the region, and initiatives such as the Centre of Excellence programs (Eades 2005) have increased the money available for organizing international meetings. The number of major Asian-based journals is increasing, and there is active discussion of creating a regional grouping for anthropologists, along the lines of the European Association of Social Anthropologists, founded in the 1980s. Even though the language of much of this activity is likely to be English, it could potentially mean the emergence of Asia as a major force in World Anthropology, and a counterbalance to the traditional hegemony of the West (Mathews 2004: 129).