This sample Indian Anthropology Essay is published for informational purposes only. Free essays and research papers, are not written by our writers, they are contributed by users, so we are not responsible for the content of this free sample paper. If you want to buy a high quality essay at affordable price please use our custom essay writing service.

Adopted initially as an amateur pursuit by a few, the subject soon became established as a profession with its own centers of study and research and its own journals. The first postgraduate department of anthropology was established in the University of Calcutta in 1920; several new departments were started after independence in 1947, and the subject is now taught at both undergraduate and postgraduate levels in many universities. The first professional journal in the subject, Man in India, was founded in 1921, and it was followed in 1947 by Eastern Anthropologist. Departments of anthropology in most Indian universities have a composite character, combining social and cultural anthropology with physical anthropology and prehistoric archaeology, and this composite character is also maintained by the two journals mentioned above. 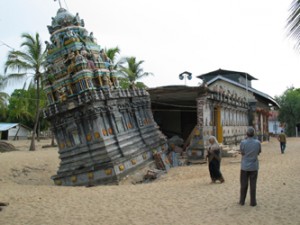 There are centers of anthropological research outside the universities as well, and the Anthropological Survey of India, one of the largest organizations of its kind in the world, has conducted research on a variety of topics throughout the country in the last fifty years. One of its major recent undertakings is a study of the people of India, and the first few volumes of a projected series of forty-three volumes have already been published.

Anthropological studies began in India at the turn of the century with the ethnographical mapping of the country led by British civil servants. Indians soon entered the field, and the first two prominent anthropologists were L.K.A. Iyer (1861-1937) and S.C. Roy (1871-1942). Iyer published extensively on the ethnography of Travancore and Cochin (Kerala), and became the first head of the department of anthropology in the University of Calcutta. Roy published a number of outstanding monographs on the tribes of Chotanagpur (Bihar) such as the Munda, the Oraon and Birhor; he became the founder-editor of Man in India.

By the 1920s, there were professional anthropologists who had received academic training in the discipline either abroad, mainly in Britain, or at home in Calcutta. G.S. Churye (18931983), the first professor of sociology at Bombay, and K.P. Chattopadhyay (1897-1963), the first professor of anthropology at Calcutta, had both been trained at Cambridge by W.H.R. Rivers and A.C. Haddon, and they both published in professional journals in India and abroad. Prominent among those who came immediately after them were N.K. Bose (1901-72), D.N. Majumdar (1903-60) and Irawati Karve (190570). Majumdar built a strong department of anthropology at Lucknow, and published extensively in both social and physical anthropology. Bose and Karve had very broad intellectual interests, not confined only to ethnography, and they wrote on society, culture and politics in both English and Indian languages, Bengali in the case of Bose and Marathi in the case of Karve. Their writings brought anthropology to the attention of a public extending well beyond the circle of professional anthropology. We see in the works of these anthropologists a concern for the subjects they studied that is different in some respects from that generally encountered in anthropological writings in Britain and the United States in the corresponding period.

In India, there has been almost from the very beginning a closer relationship between social anthropology and sociology than in most Western countries. The distinction between the study of other cultures and the study of one’s own society, so conspicuous in Europe and North America, has never been sharply maintained. Because of the great size and diversity of the Indian population, sociologists as well as social anthropologists continue to investigate tribal, agrarian and industrial social and cultural systems. Again, because of the continuing importance of a long historical tradition, anthropology has always had close links with historical and classical studies. Although intensive fieldwork has been part of the regular training of the professional anthropologist, literary material is also extensively used, particularly in the study of cultures associated with written languages.

In the beginning, Indian anthropologists concentrated a great deal on the study of ‘primitive’ or ‘tribal’ communities, but they soon extended their range of observation and enquiry. The 1950s and late 1960s witnessed the publication of a large number of village studies by Indian and other anthropologists; more village studies have been made by anthropologists in India than probably anywhere else in the world. These studies have investigated practically every aspect of society and culture, from family and kinship to social stratification, and they have raised significant questions about the relationship between the local community and the larger society of which it is a part. More recently, anthropologists and sociologists have entered fields of investigation such as schools, hospitals, factories, trade unions, and so on.

Indian anthropology in the 1990s is much concerned with the problems, both empirical and normative, involved in the study of one’s own society. There is a growing engagement not only with new types of data but also with new ways of looking at those data. Now, as before, anthropological research is influenced substantially by the concepts, methods and theories being continually shaped and reshaped by anthropologists all over the world; but it is influenced no less by the cultural and political concerns that animate the intellectual environment within which Indian anthropologists work in their own country. It is this tension between the general and the specific that gives to anthropology in India many of its distinctive features.