This sample German and Austrian Anthropology Essay is published for informational purposes only. Free essays and research papers, are not written by our writers, they are contributed by users, so we are not responsible for the content of this free sample paper. If you want to buy a high quality essay at affordable price please use our custom essay writing service.

It is almost impossible to treat the anthropological traditions of Germany, Austria, and the German-speaking parts of Switzerland independently before the 1960s. To take a few examples, key figures in post-World War II Swiss anthropology were German or Austrian citizens; most leading members of the former ‘Vienna school’ (1924—57) were German priests, and fR. Thurnwald, perhaps the most prominent ‘German’ anthropologist, was an Austrian by birth and academic education.

From their intellectual and organizational beginnings in the nineteenth century until today, the closest equivalents to social and cultural anthropology in the German-speaking countries were the two separate fields of Volkskunde and Volkerkunde. Although other names have recently been substituted (mostly Ethnologie for Volkerkunde), the institutional separation continues. Volkskunde (science of the people) was dedicated to the study of local cultures within Switzerland, the German and Habsburg empires and their successor states. Volkerkunde (science of peoples) was primarily concerned with the study of non-European societies and has had closer relations with academic social and cultural anthropology in Western Europe and North America. This entry primarily considers Volkerkunde. 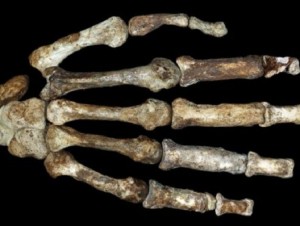 Amidst elements of Enlightenment thought and early Romanticism, the classical period in German philosophy, literature and science of the late eighteenth and early nineteenth centuries prepared the ground for anthropology’s later development. A few great travelers and authors combined their humanistic ideals with detailed description. The father and son, J.R. and G. Forster (1727-98, 1754-94) accompanied Captain Cook on his second expedition, resulting in G. Forster’s famous account of the voyage. Alexander von Humboldt, brother of the linguist and political reformer Wilhelm von Humboldt, was the influential author of thirty volumes on the regions and peoples of South America. But, apart from these early ^exceptions, the intellectual mainstream in the first decades of the nineteenth century was less inspired by enlightened ethnographic reports from outside Europe, but became preoccupied with local folk cultures. The fragmented political and territorial status of civil society in the German-speaking areas of Europe, and the absence of serious colonial expansion outside Europe, were decisive reasons for this. J.G. Herder had already introduced the distinction between Naturvolker (natural peoples) and the German people. Herder’s influence favored emotional empathy, rather than reason, in constructing the collective essence of a people’s soul and spirit. The beginnings of pan-Germanic nationalism, and the accompanying interest in folklore, promoted the formation of Volkskunde in the first half of the nineteenth century, while Volkerkunde became institutionalized from the second half onward. Its institutional beginnings were related to the establishment of a large number of museums and collections, which promoted a rising interest in questions of material culture, its distribution, diffusion and history.

Evolutionism did not play any significant role in late nineteenth-century German-speaking anthropology. Evolutionist works were rejected by most scholars, not so much because of any scientific disagreement with Morgan’s Ancient Society, but rather for political reasons. Morgan’s favorable reception by Marx and Engels, at a time of political emancipation for the labor movement, led to a strongly negative reaction from mainstream anthropology, which mostly favored bourgeois and related political options.

In the period from the late nineteenth century to the immediate post-World War II years, German-speaking anthropology was predominantly concerned with the development of four areas. A. Bastian’s theory of Elementargedanken, i.e. of the psychic unity of homo sapiens, treated parallel cultural developments as the result of independent convergence. Bastian was the founder of Volkerkunde as an academic discipline. L. Frobenius’s cultural phenomenology basically postulated that each sociocultural phenomenon is built upon an inner experience in soul and mind; i.e. in Husserl’s language, upon an intentional experience. Although its primary meaning may then be modified through forms of application and regional distribution, it is possible to reconstruct it by phenomenological reductio (compare L. Volhard’s work on cannibalism, 1939). Frobenius’s successor A.E. Jensen (1899-1965) developed this method through a shift of focus towards the study of cosmology (Das religiose Weltbild einerfruhen Kultur, 1940). R. Thurnwald’s sociological and psychological orientation is often regarded as a variant of ‘comparative sociology’ or functionalism. He did emphasize the interrelations among various elements of a social system, but differed from British functionalists in his emphasis on historical aspects. In this theoretical context one also has to place W.E. Muhlmann, who tried to combine philosophical phenomenology with comparative sociology and after 1945 broadened his interest towards cultural anthropology.

Apart from these three theoretical programs (and culture history), there were a remarkable number of individual scholars who, having received their first training in German-speaking countries, did not follow its main directions in anthropology, but emigrated for academic or other reasons. The long list of researchers covers several generations and includes such prominent names as Boas, Kirchhof and Nadel.

The ideas described so far were at least partly developed on the basis of extensive ethnographic experience, but nevertheless they did not altogether succeed with most German-speaking anthropologists. This was largely due to the strong position of Kulturhistorie or ‘culture history’. The beginnings of this tradition can be traced back to early authors like J.R. Forster and C. Meiners (1747-1810), especially their interest in a general history of cultures, including ‘primitive’ societies. But the methodological basis was established by the anthropogeographer F. Ratzel and the historian F. Graebner. Ratzel explained the spatial distribution of similar material elements of culture in terms of previous migration from a few centers. In support of his diffusionism he introduced an axiom that contradicted Bastian, namely the alleged ‘narrowness and poverty of human consciousness’ in primitive societies. According to Ratzel, low population density limited the creativity of non-literate human beings; if inventions occurred at all, their diffusion seemed more plausible. On this basis, Ratzel also defined the Formkriterium (criterion of form for comparing material culture) and postulated the identification of temporal sequences out of the spatial distribution of cultural elements. His ideas were taken up by Graebner, who elaborated them in his more systematic method of cultural-historical ethnology (Methode der Ethnologie, 1911). This was conceived as a historical discipline that would explore cultural relationships by means of Beziehung-skriterien (criteria for identifying affinities and chronologies). In addition to this methodological inventory, Graebner defined the term Kulturkreis (culture-circle), which was to become central to the so-called Vienna school of cultural-historical ethnology. The ‘culture-circle’ was understood as a complex of central cultural elements in a specific area. Graebner’s version was accepted and modified by several other German-speaking anthropologists, such as B. Ankermann, H. Baumann, and R. Heine-Geldern.

Within this larger framework, the Vienna school of cultural-historical ethnology had a special status. Its founder, Pater Wilhelm Schmidt, adopted Graebner’s method, but altered it considerably for his own purposes (Handbuch der Methode der kulturhistorischen Ethnologie, 1937). Together with P.W. Koppers (1886-1961) he developed the Kulturkreislehre (culture-circles concept), which attempted a cultural history of non-literate humanity on the basis of culture-circles, existing above any regional level, and placed in a relative chronological sequence (‘primitive’, primary, secondary and tertiary). This was aimed against Morgan, and contrasted his model with cultural history. The chronological vagueness implied in the notion of ‘primitive’ cultures (which were seen as being closest to creation in the Biblical sense) enabled Schmidt to engage in other ideological arguments of his times through his anti-evolutionist and anti-Marxist work; for example, in his attempt to demonstrate the primary importance of private property in ‘primitive’ cultures (Das Eigentum der Urkulturen, 1937). These concepts were supported by a research program carried out among societies of the ‘primitive culture-circle’ (Gusinde, Schebesta, Koppers).

A considerable number of well-known scholars were more or less active in integrating Volkerkunde into the Nazi regime, which nevertheless favored Volkskunde and biological anthropology more directly for its own racist and totalitarian purposes. Those who rejected Nazism or were persecuted — apart from those of ‘non-Aryan descent’ (Heine-Geldern, 1885—1968) and explicit supporters of the left (Cunow, 1862— 1936) — include Jensen and several representatives of the Vienna school (Dostal 1994).

The period after World War II was marked by the dissolution of the schools that had dominated the previous decades. J. Haekel (1907—73) brought the Kulturkreislehre to a definite end in 1957 and renounced it once and for all. Because of the experience of subordination to Nazi ideology, and with the disintegration of the schools, Volkerkunde in the German-speaking West was characterized by a certain reluctance towards ambitious theories of any kind, preferring instead historical and empirical research strictu sensu. In the GDR of course, Soviet Marxism dominated an East German ethnography that was nevertheless to some extent able to achieve remarkable empirical results, and sometimes developed more sophisticated theoretical approaches than in comparable Russian and Soviet anthropology.

In Switzerland, West Germany and Austria a generation of social anthropologists trained immediately after the war now structures the present institutional landscape of Volkerkunde. Broadly speaking, one tendency in today’s social anthropology of the German-speaking countries is towards close cooperation with archaeology, historiography and history in the form of regional ethnohistorical and cultural-historical research. Another group of scholars has emphasized the involvement of anthropological research in development and applied studies of an empirical and sociological orientation. Third, a steady and continuous evaluation of Western theories and methods has established the closest forms of interaction with the main existing tendencies in international anthropological research.