This sample Canadian Anthropology Essay is published for informational purposes only. Free essays and research papers, are not written by our writers, they are contributed by users, so we are not responsible for the content of this free sample paper. If you want to buy a high quality essay at affordable price please use our custom essay writing service.

What makes the practice of anthropology in Canada distinctive? Is it the melange of the dominant traditions — British, French, American — which formed the intellectual roots of key academic departments in Canada? Is it a focus on work with Canadian indigenous populations? Did what could be called a ‘national tradition’ only emerge in the second half of the twentieth century with the applied/advocacy work embraced by anthropologists in Canada? What role did the 1980s and 1990s developments in museum anthropology play in shaping a tradition? Some would argue that Canadian anthropology is largely a branch-plant of four-field American anthropology due to the legacy of the many Americans/American-trained anthropologists who were hired into Canadian academic departments in the 1960s and 1970s, and the longstanding hegemonic intellectual influences flowing from the country’s southern neighbor. In contrast, it can be argued that the existence of a Canadian tradition should not be dismissed (Harrison and Darnell 2006).

George Dawson, a government geologist, has been called the ‘father of Canadian Anthropology’. In the paradigm of salvage ethnography that drove much early work in Canada, he produced an impressive documentary and photographic record of Aboriginal peoples in the early years of the twentieth century. He was instrumental in lobbying for an agency to do anthropological research, an initiative that led to the founding of the National Museum (Vodden and Dyck 2006). Early anthropologists hired at the museum included Marius Barbeau, Diamond Jenness, and Boasian student, Edward Sapir. Barbeau, the only Canadian-born of these three, studied both at Oxford and the Sorbonne. In addition to the work he did with several west coast Aboriginal peoples and his linguistic work with Huron-Wyandotte in Quebec and Oklahoma, he turned his anthropological eye to the ‘folk’ cultures of Quebec, a rare early departure from research on Canada’s indigenous peoples. Oxford-trained Jenness focused his research on the Eskimo (Inuit) of the High Arctic. However, his legacy is not without its critics (Kulchyski 1993; Hancock 2003). Sapir served as the Director of the Anthropology Division at the National Museum for 15 years, encouraging ‘research with Canadian native peoples and developing intellectual and institutional ties … outside of Canada’ (Darnell 1976). 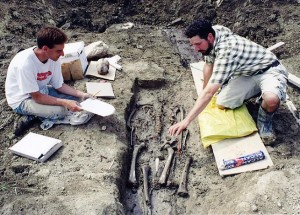 History would demonstrate that the academic legacy of anthropology in Canada began at the British Association for the Advancement of Science meetings in Montreal, Quebec in 1884. Under the leadership of British anthropologist E. B. Tylor, the ‘Committee on the North-western tribes of Canada’ appointed Franz Boas to carry out its research agenda (Cole 1973: 40). The roots of the Americanist tradition in Canada were thus laid (Darnell 1975; 1997). In 1936 at the University of Toronto the first anthropology department in Canada was founded, with McGill (Montreal) and University of British Columbia (Vancouver) following in the immediate post-war years. By the end of the 1970s academic departments had opened across the country as the public university system expanded. Some programs lean to the British affiliation with sociology; others were firmly committed to the Boasian four-field model; and others manifest varying combinations of these foci, shaped by the national and international history and training of faculty in any one department.

Francophone and anglophone anthropological traditions in Canada in large measure share similar trajectories, with understandably, some Quebec anthropologists studying in France (or continental Europe). Others like, Marc Adelard Tremblay, founding member of the department at Laval Universite, studied in the United States, and paralleling Harry Hawthorn who founded the department at the University of British Columbia, established an interest in applied work. Both Tremblay and Hawthorn did policy-driven research, some of it with populations other than Canadian Aboriginal people (Hawthorn and Tremblay 1966—67). Pioneering work in rural and community studies, visual anthropology, linguistic anthropology, and notable legacies in the Canadian High Arctic and Latin America are notable features of disciplinary practice in Quebec (Gold and Tremblay 1982). There has been significant work in medical anthropology by both francophone and anglophone scholars. Of note is McGill-based anthropologist, Margaret Lock.

In the late 1960s and through the 1970s government actions mobilized Canadian Aboriginal people in an unprecedented manner (Harrison and Darnell 2006). Some felt a pivotal role for anthropology in Canada was to contribute substantively to the public debates and potential outcomes of these undertakings. Resource development projects proposed in the 1970s -one for hydroelectric power on James Bay in northern Quebec, and the other to build a pipeline through the Mackenzie Valley in the Northwest Territories – provided opportunities to become actively involved in research intended to support Aboriginal efforts to have meaningful input into such developments on their homelands. At McGill, affiliates of the Anthropology of Development program under the direction of Richard Salisbury, played vital roles in building the case for the viability of the James Bay Cree hunting and gathering economies, advocating that they were something to be protected in the treaty-making process (Feit 1982). Michael Asch’s (1982) research with the Dene people in the Northwest Territories positioned him before the Berger Commission arguing for the parallel protection of traditional lifestyles in the face of northern pipeline development.

Applied/policy/advocacy work was a focus of academic anthropology in Canada in the 1970s, 1980s and 1990s. Anthropologists worked with, and at times were employed by Aboriginal people, producing social impact assessments, land-use studies, policy analyses, critical medical anthropology studies, and damning reviews of health system delivery in these communities (Ervin and Holyoak 2006). A notable contributor committed to this genre of work was the Institute for Social and Economic Research at Memorial University in Newfoundland. In the late 1970s the forerunner of the current Canadian Anthropology Society/Societe Anthro-pologie Canadienne (CASCA) was founded, a professional bilingual association mandated originally, at least in part, to speak out on issues relevant to the work of anthropology.

In the late 1980s, as a result of a controversy surrounding a major Canadian museum exhibition titled The Spirit Sings: Artistic Traditions of Canada’s First Peoples, curatorial practice in Canadian anthropology museums radically changed. The events surrounding this exhibition were felt well beyond Canada (Ames 1992). They affected museum practices and policies in the United States, in Australia, and other parts of the Western world.

Thomas Dunk (2000) argued that if any theoretical tradition underpins Canadian anthropology it is one linked to the political economy analysis of Canada’s native son, Harold Innis. David Howes (2006), on the other hand, sees classic structuralist tendencies grounding Canadian anthropology, something driven by the division that haunts the Canadian psyche as a bilingual — French and English — nation. Others would suggest that it is impossible to chart any particular theoretical engagement in Canadian anthropology, in keeping with the argument that it is impossible to define a distinctive tradition in Canada. The national history of the discipline suggested by this latter view, however, does not capture the complexity of what constitutes anthropology in Canada.