This sample Anthropological Societies Essay is published for informational purposes only. Free essays and research papers, are not written by our writers, they are contributed by users, so we are not responsible for the content of this free sample paper. If you want to buy a high quality essay at affordable price please use our custom essay writing service.

The formation of anthropology as a subject of intellectual study was closely associated with the establishment of distinctive institutions. In the early days these tended to be learned societies which reflected anthropology’s amateur origins. As the subject developed academic pretensions, these learned societies were transformed into more professional groupings and new, often more specialized institutions were established to serve the needs of particular sections of the discipline. Special interest groups within and outside academia have also produced separate societies either as sections of existing institutions or as independent entities. The employment of professional anthropologists outside academia has encouraged the establishment of professional societies to represent their interests. Some institutions have remained national in their focus, others have been established to serve regional and even international interests.

Most societies have functioned to provide centers for discussion and debate, to assist in the holding of meetings and conferences, to encourage and occasionally fund research, to publish scholarly work and to disseminate information on the discipline both to members and to outsiders. They have also assisted in promoting employment opportunities for their members, and to establish professional standards including the formulation of ethical rules for members to guide research and scholarly practice. Older societies often have different classes of membership, including honorary fellowships, and present medals and other awards in recognition of an individual’s professional and scholarly contributions to the discipline. Some societies provide additional advantages to members, including library and bibliographical services, and in recent times certain financial and social services, including negotiating commercial advantages to members. 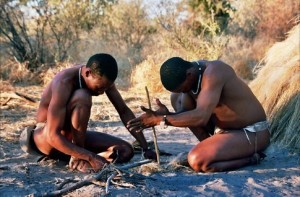 Probably the first anthropological society was the short-lived Societe des Observateurs de l’Homme founded in Paris in 1799. But the major European and North American societies were established only after 1840. The most significant British learned society was the Ethnological Society of London (1843) which in 1871 joined with the Anthropological Society of London (1862) to form the (Royal) Anthropological Institute (RAI) which continues to the present. Its original amateur members, later supplemented by colonial officials and missionaries, have been largely replaced by professional anthropologists living in Britain or abroad; its membership in 1992 was 2,408. In 1946 the Association of Social Anthropologists of the Commonwealth (ASA) was founded to represent the interests of professional social anthropologists in Britain and abroad. Its 1993 membership consisted of around 600 people.

Not all the anthropological societies established in Europe have survived as long as the Institute, but notable learned societies, often involved not just with social and cultural anthropology, but also with archaeology and areas of human biology, have included those established in Paris (1858), Berlin (1869), Vienna (1870), Italy (1871), and Sweden (1872). Before and after World War II, a number of national societies devoted to ethnology and sociocultural anthropology were established or re-established in Europe and in recent years these have increased in number. In 1989 the European Association of Social Anthropologists was founded and swiftly overtook the various national organizations, both in membership (which was over 1,100 in 1994) and in the scale of its biennial conferences.

In America the American Ethnological Society was founded in 1842 and in 1879 the Anthropological Association of Washington whose members were associated with the Smithsonian Institution and the National Museum. The incorporation of the American Anthropological Association (AAA) in 1902 reflected the increasing professionalization of the discipline in North America. The Association has grown into a massive organization with a 1994 membership of10,810 and 31 subsections (units) devoted to a wide range of specialities and interests, regional, topical and professional. Its annual meetings provide an important forum for discussion and debate and the promotion of professional careers. Canada has a number of societies of which the Canadian Ethnology Society founded in 1973 is perhaps the most representative. Other specialized societies in North America include the American Folklore Society (1888) and the Society for Applied Anthropology (1941). A number of societies are also located throughout Latin America.

In Asia an anthropological society was established in Japan in 1884 and another in Bombay in 1887 and a number of more specialized groups have been founded since. These include the Japanese Society for Ethnology (1934) with a 1993 membership of 1,552. In Australia regional state societies were founded from 1926 (South Australia) and in 1973 the Australian Anthropological Society was established to represent professional anthropologists. Similar moves were made in other ex-colonial societies with, for example, national associations of social anthropologists being established in New Zealand and in Nigeria.

Regional interests have been represented by the formation of special societies, many of which have included members other than anthropologists. These include the International Societe Americanistes (1875), the Polynesian Society (1892), the lnternational African Institute (1926), the Societe Oceanistes (1937) and in the 1960s the Association of Social Anthropologists in Oceania based in North America but including members in Pacific Rim countries.

Attempts at international cooperation occurred with the foundation of the International Congress of Anthropological and Ethnological Sciences (IUAES) in Basel in 1933. Meetings have been held since 1934, and in 1948 it established an International Union of Anthropological and Ethnological Sciences to promote research and publication. This Union has a number of specialized interest groupings. In 1941 the Viking Fund was established in New York to fund anthropological research and in 1951 was renamed the Wenner-Gren Foundation which continues to support research, meetings and publications to the present.