This sample A.R. Radcliffe-Brown Essay is published for informational purposes only. Free essays and research papers, are not written by our writers, they are contributed by users, so we are not responsible for the content of this free sample paper. If you want to buy a high quality essay at affordable price please use our custom essay writing service.

Born in the industrial Midlands of England in 1881, the last of three children of a family fallen on hard times, Alfred Reginald Brown was to enjoy a brilliant career which took him from King Edward VI School, Birmingham and Trinity College, Cambridge to chairs at Cape Town, Sydney, Chicago and Oxford and visiting professorships in China, Brazil, Egypt and other countries. In 1926 he added his mother’s maiden name to his own by deed poll, thus putting the seal on a form he began adopting during World War I.

Radcliffe-Brown spent most of his adult life outside England, with particularly formative periods in Australia and South Africa, where his brother and sister were settled. Whether because of a restless temperament, the precarious state of anthropology or his hope, invariably disappointed, that the discipline might somewhere become solidly enough established to allow research to flourish, he never stayed more than a few years in one place. Through his peregrinations, which evoke the wanderings of a culture hero, he spread the message of social anthropology widely, both in and beyond academe. The process was aided by the charm and theatrical flamboyance Radcliffe-Brown often displayed, qualities which co-existed with a deep inner reserve. In 1931, shortly before he left for Chicago, a woman journalist gave an impression of the figure he cut:

Sydney is to lose her Radcliffe-Brown, the tall, slender professor of anthropology, who has graced her ballrooms and, in the De Chair reign, so many Government House parties. In spite of his violent prejudices in favour of modern art, Radcliffe is a gentle soul, very popular with the undergraduates.

Natural science fascinated Radcliffe-Brown from boyhood. His interest in it can only have been strengthened by admiration for Bertrand Russell, whom he had taken as his philosophical guide. However his vision of a natural science of society, propounded in the posthumously published but unrevised Chicago lectures of 1937, was never fully developed and was to be dismissed out of hand by his successor at Oxford, the Catholic convert E.E. Evans-Pritchard, who maintained that anthropology is akin to history and that the search for laws is vain. 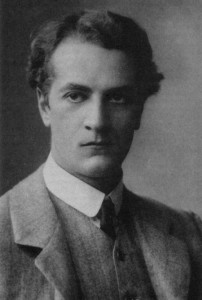 Art, especially painting, was another early interest of Radcliffe-Brown’s. Known among artists and bohemians in Sydney and Cape Town, his aesthetic leanings found further expression in a passion for classical Chinese culture and in drama and music. Not one to wear heart on sleeve, Radcliffe-Brown had an attitude to life which can be gauged from his lecture at the Society of Artists’ Exhibition in Sydney in 1929: the modern painter hates vagueness and sentimentality, seeks clear-cut and definite results and, in keeping with the scientific spirit, appeals to intellect rather than emotions. The words could be used to describe his own outlook on anthropology and life, provided allowance is made for a romantic streak, the manifestation of which included attachment to the name Radcliffe and championing of the theory that Shakespeare’s plays were written by the Earl of Oxford.

Radcliffe-Brown trained in anthropology under |A.C. Haddon and W. H. R. Rivers at Cambridge. The Andaman Islanders, carried a warm dedication to them; in 1922 he described Haddon to a correspondent as ‘my own master, to whom I am gratefully indebted for what success I have had’. But although he and Rivers had in common a deep interest in problems of kinship and social organization, his conception of them and of the methods by which they might be solved had come by 1912—14 to diverge sharply from his mentor’s. It seems, too, that by the same period his growing enthusiasm for a ‘sociological’ approach had gained the upper hand over the ‘ethnological’ which retained Haddon’s primary allegiance and on which he himself had relied when planning his Andamanese fieldwork of 1906—8. The definitive pronouncement of a characteristically Radcliffe-Brownian position, in which ^ethnology and social anthropology are clearly distinguished and historical surmise and conjecture called into question, had to wait until 1923, however, when ‘The Methods of Ethnology and Social Anthropology’ appeared.

Even before going to university Radcliffe-Brown had turned in the direction of anthropology through the influence of Peter Kropotkin and Havelock Ellis. His early anarchism would have made him receptive to Kropotkin who, around the turn of the century, was prepared to recommend that the study of society should precede attempts at reforming it and that the path to understanding a complex civilization lay through simpler societies. Of the Siberian tribal life he experienced in the 1860s, Kropotkin had written ‘to live with natives, to see at work all the complex forms of social organization they have elaborated far away from the influence of any civilization, was, as it were, to store up floods of light’. The words are virtually prophetic. Taken together with Rivers’s passion for kinship, they define the direction in which Radcliffe-Brown would make his major contribution.

Nevertheless, it would be wrong to stereotype him as a Kropotkinian. He rejected such labels (functionalist was another) as unscientific, though his description of Andamanese social life carries a distinct flavor of Kropotkin. The islanders are described as living in local groups, each of them ‘independent and autonomous, leading its own life and regulating its own affairs’. They knew ‘no organized government’ and ‘no such thing as the punishment of crime’. Community affairs were ‘regulated entirely by the older men and women’, but of authority they had ‘little or none’. Despite the existence of private property in portable things, ‘the Andamanese have customs which result in an approach to communism’.

It was to Ellis, who began reading Emile Durkheim in the 1890s, that Radcliffe-Brown owed his introduction to the ideas of the French sociological school. The influence is apparent in lectures he gave in Cambridge and Birmingham in 1910 and 1913—14. In 1923 he was recommending, to second-year students at Cape Town, The Elementary Forms of the Religious Life and De la division du travail social (not then available in English) and also the Melanges d’histoire des religions of Henri Hubert and Marcel Mauss.

Radcliffe-Brown considered that the best topics of The Andaman Islanders were those in which he interpreted myth and ceremony through the concepts of meaning and function formulated by Hubert. But far from being an unquestioning disciple of this school, Radcliffe-Brown criticized much in Durkheim’s treatment of the social organization and the religion of Aboriginal Australia. He had the advantage of first-hand knowledge through fieldwork, principally in 1910—12 but also for shorter periods in later years.

Australia is the part of the world with which he is perhaps most closely associated. His work on kinship, cosmology and local organization, conceptualized in terms of structure and function and aiming at comparative generalization, remains of interest, notwithstanding criticism. It is both curious and instructive that the models of local organization Radcliffe-Brown constructed as early as 1913 have been almost universally rejected since the 1960s (and indeed were criticized before then), yet they are often referred to in the burgeoning literature on land rights. The paradox is explicable if one assumes that he alone has been able to introduce order, even if erroneously, into multifarious Australia-wide data.

Radcliffe-Brown was not a prolific writer. To understand his style of anthropology it is helpful to read work inspired or influenced by him, as presented in such collections as Social Anthropology of .North American Tribes (Eggan 1955 [1937]), African Political Systems (Fortes and Evans-Pritchard 1940) and African Systems of Kinship and Marriage (Radcliffe-Brown and Forde 1950). Together with his papers on ‘The Social Organisation of Australian Tribes’ (1930—1) they illustrate the application of comparative method to restricted regions. He did not, however, regard this as the only way in which generalization might be pursued. In ‘The Comparative Method in Social Anthropology’ (1951) he used the Heraclitean notion of a union of opposites, governed by tension and complementarity, to elucidate Australian and other cosmology. Contrary to the opinion of Claude Levi-Strauss, it was not a late development in his thought but had, as Raymond Firth has pointed out, been expounded more than two decades earlier in his lectures at Sydney.

Little interested in bourgeois accumulation, Radcliffe-Brown died in relative poverty in London in 1955. A surviving sister-in-law remembers him as a man who had loved the life he led.