This sample Ziggurat Essay is published for informational purposes only. Free essays and research papers, are not written by our writers, they are contributed by users, so we are not responsible for the content of this free sample paper. If you want to buy a high quality essay at affordable price please use our custom essay writing service.

A common feature in ancient Mesopotamian cities, a ziggurat was a square or rectilinear terraced platform with a temple at its summit. A stairway or ramp led from the ziggurat’s base to the temple, the residence of the city’s patron deity. Ziggurats vary in form and style; some of the largest and best-understood ziggurats have been excavated at Assur, Babylon, Eridu, Nippur,Ur, and Uruk in modern Iraq. Genesis 11: 1–9 figuratively describes the construction of the Tower of Babel, widely believed to be the ziggurat of Babylon, called Etemenanki, “the house of heaven and earth’s foundation.”

Large and well-organized teams of workers were required to lay the ziggurat’s mudbricks that made up its core. Buttresses dressed the ziggurat’s exterior, adding structural support and a decorative element. Drainage systems built into the ziggurat countered the deteriorating effects of rainfall on mudbrick. The ziggurat was a palimpsest of earlier building versions that were incorporated within the most recent innovation; archaeologists who excavate ziggurats work to reconstruct the buildings’ multiple construction phases. 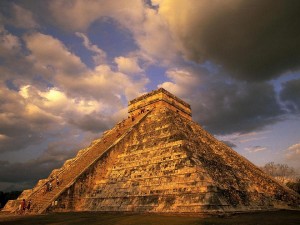 Although platformed ziggurats first appeared in the fifth millennium BCE, classic terraced ziggurats were constructed in major Mesopotamian cities starting in the late third millennium. In general, ziggurats are separated into southern “Babylonian” and northern “Assyrian” regional styles. The earlier southern style displayed a rectilinear foundation oriented along the cardinal points and a series of staircases leading up and around the structure to the shrine. The later northern style exhibited square foundations whose corners were often not aligned according to the cardinal points. Northern ziggurats were incorporated into triple-platformed temple complexes. Typically, a ramp led to a courtyard on the first platform, a temple on the second, and, finally, the ziggurat on the final platform. Examples of the southern tradition were constructed at Ur, Uruk, and Nippur, whereas northern traditions were found at Khorsabad, Assur, and Tell er-Rimah.

Despite the variability in regional form, the ziggurat’s function was reserved for religious purposes. The city’s patron god or gods lived in the temples where attendants cared for them and oversaw the temple’s daily operations. Mesopotamian kings saw the construction and repair of ziggurats as their divine right to exercise, calling on their constituents to dedicate time and resources to the building. The ziggurat remains a symbol of Mesopotamian architectural achievement and a measure of Mesopotamian society’s dedication to its religion.