This sample Museums Essay is published for informational purposes only. Free essays and research papers, are not written by our writers, they are contributed by users, so we are not responsible for the content of this free sample paper. If you want to buy a high quality essay at affordable price please use our custom essay writing service.

Museums of the late 20th and early 21st centuries are commonly defined as permanent nonprofit institutions that serve society by acquiring, conserving, and displaying material so as to provide the public with opportunities for education and entertainment. Whether dedicated to art, culture, history, or natural history, museums often provide people with their first introduction to the field of anthropology. Although museums have become a focus of debate over who has rights to collect, conserve, study, and display culture in material and other forms, museums continue to serve as important resources for both anthropologists and the public.

The origin of museums lies in collections. The word museum comes from the Greek mouseion, a shrine dedicated to the daughters of Zeus, known as the Muses, who presided over various arts and sciences. In this sense, one of the earliest museums might be the 3rd-century BC Mouseion of Alexandria in Egypt that housed the famed library in addition to other collections. China might have an even longer history of creating collections, but these were normally private and not open for general study.

Modern anthropological museums originated during the era of European exploration when explorers, such as Christopher Columbus, and later military leaders, such as Hernando Cortez, collected and shipped finds of potential interest to their royal supporters. This initiated a custom of elites acquiring a “cabinet of curiosities” in which they might display a range of natural and cultural specimens acquired at home and abroad. The Ashmolean Museum of Oxford, based on a cabinet of curiosities, opened in 1683 as the first public museum offering a loosely defined “educational” experience for anyone who paid the admission fee. 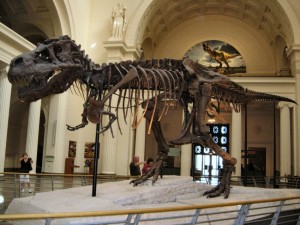 During the 18th and early 19th centuries, national museums developed in Europe. Although the museums displayed cultural items, the purposes encompassed variations of nationalism, colonialism, and imperialism. Christian Thomsen at the National Museum of Denmark created the “three age system” organizing collections by material type—stone, bronze, and iron—to present a unified national history. The Ethnographic Museum of National Academy of Sciences in St. Petersburg documented the growing diversity of people within the Russian Empire. The Louvre in France originated in collections nationalized under the French Revolution and the booty of Napoleon’s campaigns that it legitimized by stressing public education. The National Museum of Ethnography in Leiden centered on the P. F. B. von Seibold collections acquired during visits to Dutch colonies and arranged according to cultural groupings.

Throughout the 19th century, holders of collections followed the trend set by national museums and transformed cabinets of curiosities into permanent public institutions run by academics for purposes of research and education. Although the field of anthropology was still in its infancy in both Europe and the United States, museums served as incubators of the field before the discipline became firmly established in colleges and universities.

The most common variety of modern museum is that dedicated primarily to collections. Most often, these are housed in special facilities designed especially for the collection and include areas devoted to display as well as extensive areas dedicated for storage, conservation, and research. This variety of museum tends to have the largest and most diverse collections of ethnographic and archaeological materials of interest to anthropologists. Many of the world’s most famous museums fall into this category and include museums of the Smithsonian Institution, the British Museum in London, and the Field Museum in Chicago. Most university-run museums, such as those at the University of California, Berkeley, Harvard University, Yale University, and the University of Pennsylvania, are also of this type.

A second variety of museum is focused on historic locations, including house museums and interpretive centers. House museums focus on preservation of an historic structure often associated with a particular individual and time period. Collections of these institutions tend to be limited because the focus of the activities tends to be on the structure and its furnishings as they represent or reflect an historic individual. The Harriet Tubman Home in New York and the Hermitage Museum in New Jersey are of this variety. Interpretive centers are museums associated with particular historic locations, including archaeological sites. Like house museums, interpretive centers are narrowly focused on specific time periods and locations.

A third variety of museum of interest to anthropology is the living history museum. These often consist of large venues with multiple buildings. Unlike the static presentation of information in collection-based house museums and interpretive centers, living history museums dynamically seek to entertain and educate through the use of live interpreters who interact with the public and sometime demonstrate traditional crafts and skills. Plimoth Plantation in Massachusetts and Colonial Williamsburg in Virginia are prime examples.

Since postmodern theorists of the late 20th century began to question the construction of knowledge, museums have become a locus of debate. These debates focus on issues of access, rights, and voices. The access debate concerns not only the physical and linguistic accessibility of museums but also the economic barrier imposed by admission fees. Although fees are generally viewed as essential to the financial health of museums, they also act to exclude those on the economic margins who might benefit from a museum’s educational content.

Debates over rights and voices are illustrated by the contention over the Native American Grave Protection and Repatriation Act (NAGPRA). This legislation restores Native American rights to cultural materials, many of which have been held in museum collections. Through NAGPRA, Native Americans have challenged the right of museums to collect, study, and display materials and have opened debate about who should interpret culture—anthropologists or indigenous peoples. Although museums have retorted that they have better facilities for storing and conserving objects and can provide access for more people than can indigenous groups, many museums now accept the importance of indigenous voices in describing and explaining cultures to the public.